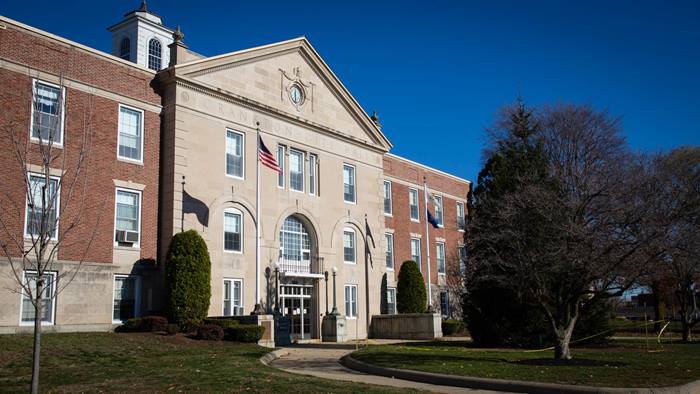 Cranston Citizens Guide to the Land Development Process benefits all

Cranston will be getting a new Citizens Guide to the Land Development Process if efforts are successful of mayoral candidate, and Cranston City Councilman, Kenneth J. Hopkins, and Ward 5 Councilman Christopher Paplauskas.

They will be sponsoring an ordinance for introduction at the next Cranston City Council meeting to provide for the guide’s creation.

In 2017, after almost a year of wading through the processes involved when following an issue through the various committees of ordinance, planning, city council, hearings, etc., Pauline DeRosa, president of the Alliance, saw a similar document produced by the Town of Richmond. DeRosa contacted Mayor Fung in April as a follow up request to having a similar guide developed for local Cranston citizens. From that time on, DeRosa was a steady advocate for the resource, presenting at council meetings, and following up with the mayor and others.

DeRosa said, “I’m thrilled councilmen Hopkins and Paplauskas will be taking this idea home for the Cranston citizens who want to be involved in the community planning process,” said DeRosa.

“This ordinance is proposed as a result of the recent Charter Review Commission discussions and recommendations,” said Hopkins.  The councilman gave credit to charter commission member Matthew Reilly who promoted the idea as a possible charter amendment on an upcoming election ballot. Reilly is running as a Republican for the sixth ward city council seat to succeed Councilman Michael Favicchio.

Hopkins noted that there was a consensus at a recent Ordinance Committee meeting that the creation of the citizen’s guide was more appropriate for inclusion in the City Code rather than the City Charter.

“It’s a great idea and by passing an ordinance now we do not have to wait for voter approval in 2020 or 2022,” said Hopkins.  He explained that the ordinance will charge the planning department with creating, maintaining, and periodically updating a “Citizens Guide to the Land Development Process”.

Hopkins said it will require the planning department to coordinate the preparation of the guide with the zoning official, city clerk and the law department.  He stated that, “When completed it will be available in the Planning Department, Department of Inspections and the City Clerk’s Office for the public’s use and reference.  It will also be posted on the city website for easy access by the public.”

Councilman Christopher Paplauskas said “I am very pleased to co-sponsor this ordinance with Councilman Hopkins.  Any time we can help residents more easily understand the local zoning and development process, everyone benefits.”

Both Hopkins and Paplauskas noted the interest and support of the Garden City Alliance, a local neighborhood advocacy group for the creation of the citizen’s guide.