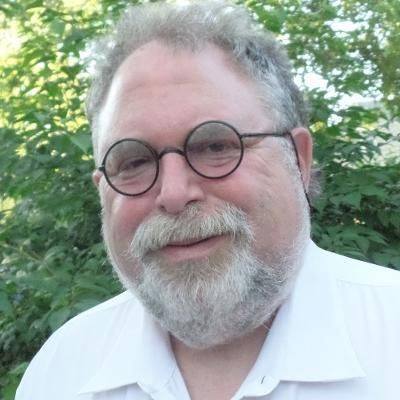 The raging coronavirus pandemic is changing the fundamental way working adults think, plan and save for their retirement, underscoring the important role Social Security and Medicare play for retirees, according to the 2020 Wells Fargo Retirement study conducted by The Harris Poll in August. The annual research report examines the attitudes and savings of working adults, taking a look this year on the impact of the COVID-19 pandemic on retirees.

For those workers whose jobs were negatively impacted by COVID-19 over the last eight months, the Wells Fargo study found that planning for retirement has become even more challenging, with many survey respondents expressing “pessimism” about their life in retirement – or worried if they can even retire.

This year’s Harris Poll conducted 4,590 online interviews, from Aug.3-Aug. 24, including 2,660 working Americans age 18-76 whose employment was not impacted by COVID-19, 725 Americans age 18-76 whose employment was impacted by coronavirus pandemic, 200 high net worth American workers age 18-76, and 1,005 retired Americans, surveying attitudes and behaviors around planning their finances, saving, and investing for retirement.

According to the Wells Fargo study’s findings, 58 percent of workers impacted by the pandemic say they now don’t know if they have enough savings for retirement because of COVID-19, compared to 37 percent of all workers. Moreover, among workers impacted by coronavirus, 70 percent say they are worried about running out of money during their retirement while 61 percent say they are much more afraid of life in retirement, and 61 percent note that pandemic took the joy out of looking forward to retirement.

“With individual investors now largely responsible for saving and funding their own retirement, disruptive events and economic downturns can have an outsized impact on their outlook,” said Nate Miles, head of Retirement for Wells Fargo Asset Management in a statement releasing the findings of this study. “Our study shows that even for the most disciplined savers, working Americans are not saving enough for retirement. The good news is that for many of today’s workers, there is still time to save and prepare,” he says.

The Wells Fargo study also found that women and younger generations are falling behind, too. Women are less sure if they will be able to save enough for retirement and appear to be in a more precarious financial situation than men. The study findings indicate that almost half of working women (51 percent) say they are saving enough for retirement, or that they are confident they will have enough savings to live comfortably in retirement (51 percent). Those impacted by COVID-19 have saved less than half for retirement than men and are much more pessimistic about their financial lives. In addition, women impacted by COVID-19 are less likely to have access to an employer-sponsored retirement savings plan (59 percent) and are less likely to participate (77 percent).

According to the researchers, Generation Z workers (born between 1997 to 2012) started saving at an earlier age and are participating in employer-based savings programs at a greater rate than other generations, they are nonetheless worried about their future. Fifty-two percent of Generation Z workers say they don’t know if they’ll be able to save enough to retire because of COVID-19, 50 percent say they are much more afraid of life in retirement due to COVID-19, and 52 percent say the pandemic took the joy out of looking forward to retirement.

“The study found incredible optimism and resiliency among American workers and retirees, which is remarkable in the current [pandemic] environment,” said Kim Ta, head of Client Service and Advice for Wells Fargo Advisors. “As an industry, we must help more investors make a plan for their future so that optimism becomes a reality in retirement,” she said.

The Wells Fargo study findings showed that despite a challenging economy, many American workers and retirees remain optimistic about their current life, their future. Seventy nine percent of the workers say they are very or somewhat satisfied with their current life, in control of their financial life (79 percent), are able to pay their monthly bills (95 percent).  Eight six percent say they are still able to manage their finances.

The Wells Fargo study noted that despite an increasing shift to a self-funded retirement, in the midst of the pandemic, nearly all workers and retirees believe that Social Security and Medicare play or will play a significant role in their retirement.  According to the study, 71 percent of workers, 81 percent of those negatively impacted by COVID-19, and 85 percent of retirees say that COVID-19 reinforced how important Social Security and Medicare will be for their retirement. Sixty seven percent of workers say they have no idea what out-of-pocket healthcare costs will be in retirement, say the researchers.

The majority of the study’s respondents expressed concerns that the programs will not be available when they need them and worry that the government won’t protect them.  Specifically, 76 percent of workers are concerned Social Security will be raided to pay down government debt and 72 percent of workers are afraid that Social Security won’t be available when they retire.