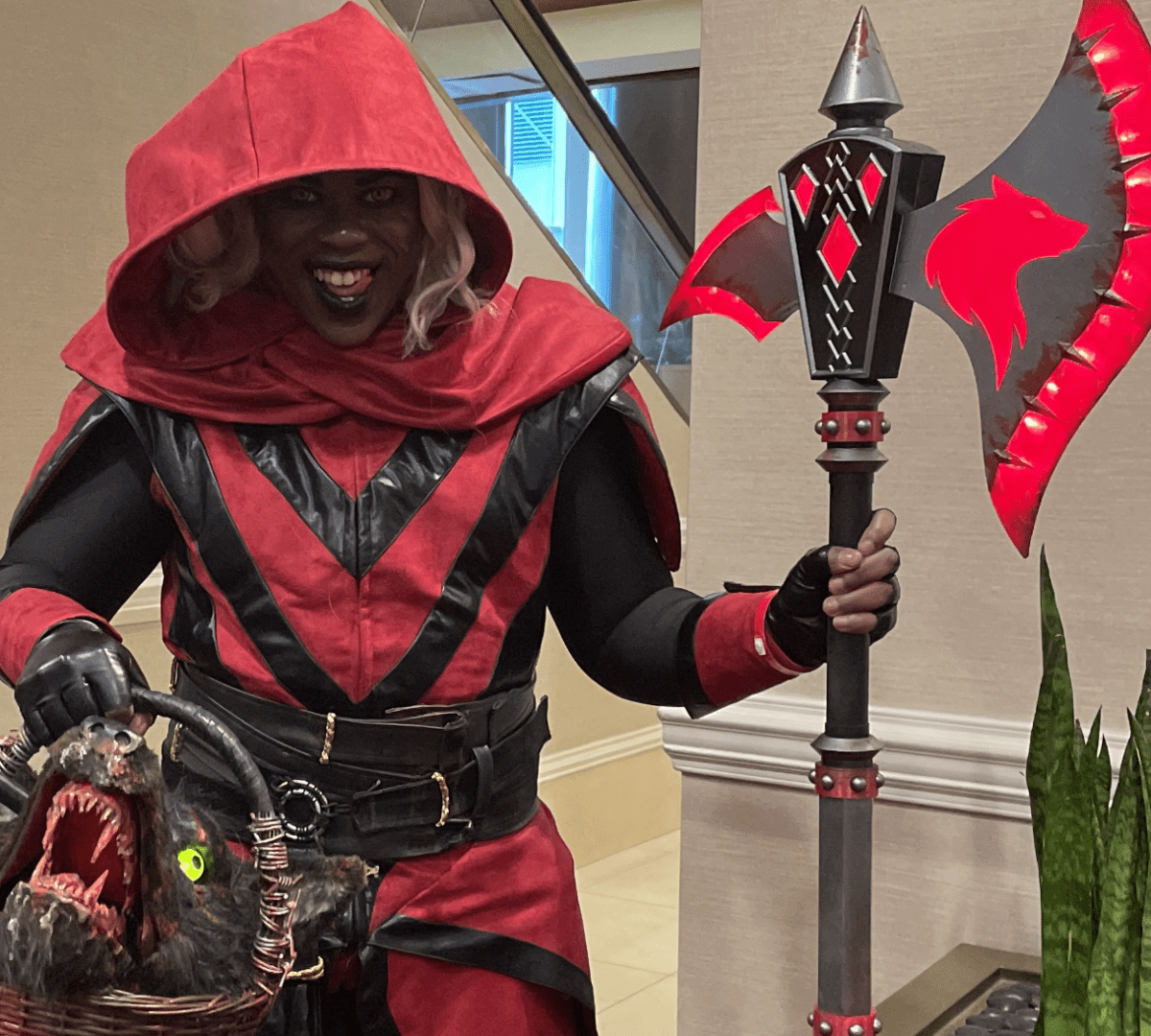 The Rhode Island Comic Con comic book convention and multi-genre entertainment event landed in
Rhode Island on Friday. As one the largest in the franchise, 2022 did not disappoint. The fans dressed in over-the-top costumes of their favorite television and film characters. Rhode Island Comic Con is the center of the pop-culture and the comic book world. It is considered the largest Comic Con, with 80,000 in estimated attendance and generates millions in revenue for the Capital City of Providence.

“For those who feel weird or out of place most of the time, once a year we can be ourselves and come out of our shell” says comedian and actor Mark Britton. The voice of Dragon Ball Z, a Japanese anime television series produced by Toei Animation, part of the Dragon Ball media franchise. A tip from a friend about the Ball Z Auditions led to Mark doing seven characters, three hours of work a week. The comedian, who started out in the comedy clubs with fellow comic Carrot Top, is a regular on the Comic Con circuit.

Celebrating its 10th anniversary, some of the most significant films featured at Comic Con – Rhode Island’s legacy are cult classics like COOL RUNNINGS. Cool Runnings is a sports film directed by Jon Turteltaub and starring Leon Robinson, Doug E. Doug, Malik Yoba, and the late John Candy. Cool Runnings is loosely based on the true story of the Jamaica national bobsled team’s debut in competition during the 1988 Winter Olympics.

After taking a break from the swarms of people across three venues, Omni Hotel, the Rhode Island Convention and the Amica Mutual Pavillion (The AMP), I was whisked through a crowded Ballroom with the assistance of Security leading the way to where the cast of Cool Runnings was awaiting their fans. I had an opportunity to speak with a cast that talked about their current projects. For Leon, 2022 turned out to be a banner year. Earlier this year, Leon starred in the action movie “A Day to Die” opposite Bruce Willis. He can also be seen in the Showtime Boston, MA based Drama “City on A Hill”, the actor who made his debut as a dancer in Madonna’s infamous video “Like a Prayer,” which led to the role of Disney’s blockbuster hit “Cool Runnings”. “Cool Runnings”, for the co-star Malik Yoba (“Why Did I Get Married?”, New York Undercover”) and Doug E.Doug, was their big break.

The reunion of “Cool Running” is an indelible part of the Comic-Con consciousness of memorable panels, expensive collectibles films like Comic Con and MASH inspired decades later. Heading into the third and final day, I will be on the lookout for the next film that joins the pantheon of Comic Con-Rhode Island’s history.