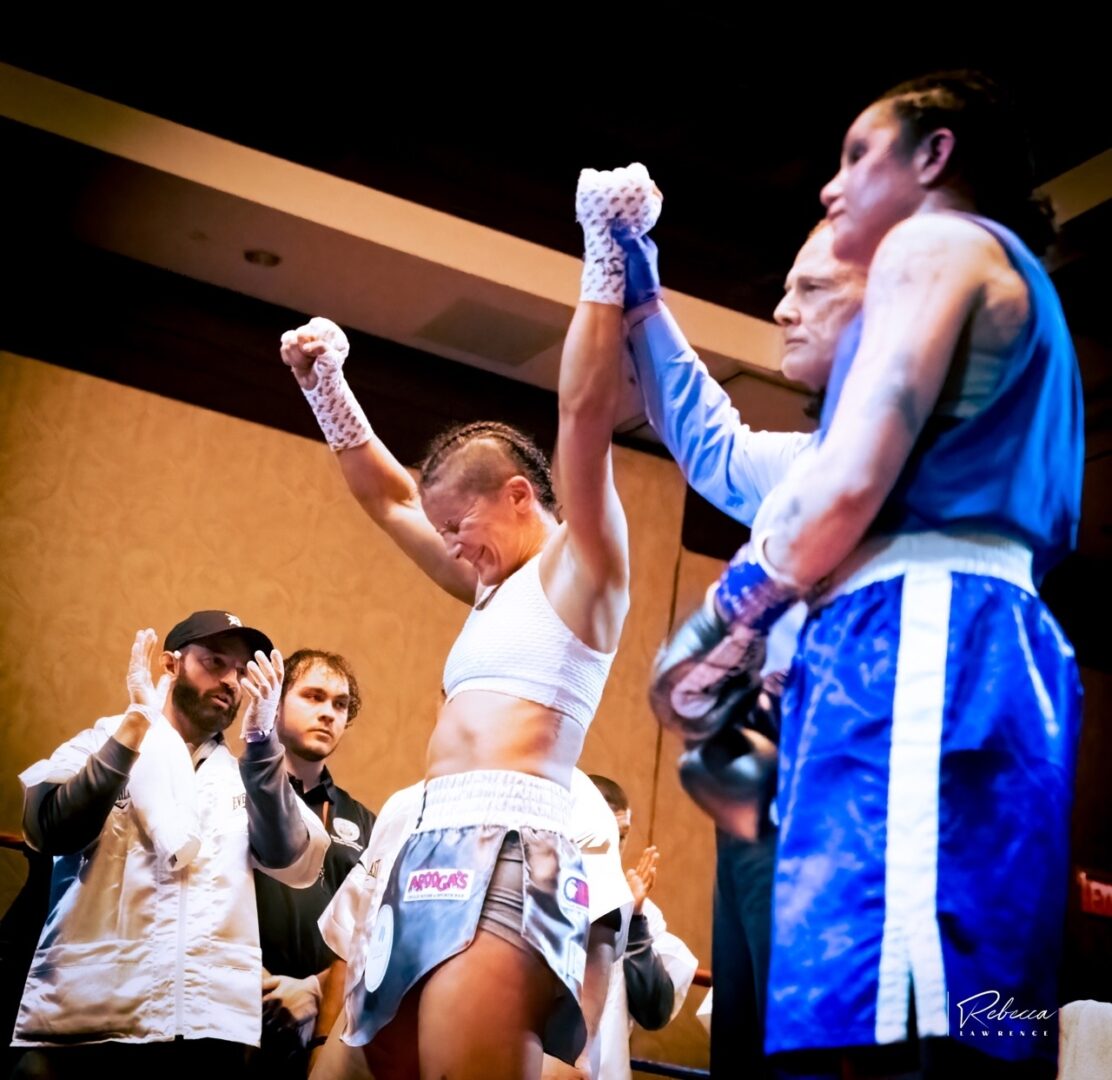 Saturday night at the Crowne Plaza Ballroom in Warwick, Jimmy Burchfield Sr. and CES Boxing presented an action-packed card of professional boxing featuring Rhode Island’s own Jaime “The Hurricane” Clampitt-Hayes, along with 4 other exciting fights.

An impressive sold-out, standing room only crowd, were treated to several Rhode Island and nearby Massachusetts fighter’s scoring victories. Clampitt-Hayes won a unanimous decision over the extremely tough Kim Wabik from Revere, Massachusetts. “The Hurricane” was relentless as she stalked her opponent for the entire 6 rounds. Wabik who fell to 4-2-2 did not back up at all showing amazing perseverance going the distance with the 4-time World Champion.

This was the hottest crowd I can recall in recent history. “The Hurricane” rode the momentum of her fan base on her way to victory while racking up her 23rd victory. It would appear Jaime is on a collision course with an opportunity to win an unprecedented 5th world title. Clampitt-Hayes addressed her adoring fans after the fight. It was difficult to hear her speak over the screaming fans at ringside. Fighting in your hometown does have a special feeling all its own. It was estimated that close to 150 family and friends (mostly female) from On the Ropes Boxing and Fitness were in attendance. Stay tuned as this amazing story continues to unfold in 2022.

Also in action was Wilson Mascarenhas from New Bedford, Massachusetts. He scored a 3rd round TKO over Akeem Jackson from Oxon Hill, Maryland. It felt like the entire population of the Whaling City was in attendance as they cheered Wilson on the entire fight. The rabid crowd chanted his name before, during, and after the fight. The future looks bright for Wilson moving forward.

Another Rhode Island fan favorite is the very impressive 6’8” Tim Hatfield Jr., of Providence. He scored a first-round knockout over Kaleb Slaughter of Cincinnati, Ohio at the 1:59 mark. During an in-ring interview immediately following the fight Hatfield came across as a very humble young man. He ran his record to 3-0 with 3 KO’s.

The night was not free from controversy. Nicola Quarneti, a very promising middleweight from Providence by way of Bologna, Italy, lost a unanimous decision to Charon Spain from Yakima, Washington after the bout was stopped due to an accidental headbutt. Even though Spain was the fighter unable to continue, he was awarded the win because he was ahead on points at this juncture of the fight. Spain had a dismal record of 3-18-2 going into the fight but appeared sharp prior to the headbutt. The crowd booed loudly at the decision and Spain taunted the crowd, adding insult to his own injury. A bizarre ending to the fight for sure as Quarneti left the ring dejected falling to 5-2-1.

In Bantamweight action Daniel Cormier from East Providence improved his record to 2-0 by winning a 4-round majority decision over Christian Andrade of Fairhaven, Massachusetts.

CES did its usual outstanding job with the presentation of this event. The ballroom looked outstanding, and the crowd was into the action from the first bell to the last. They will return to the Crowne Plaza March 26th with RHODE WARS 2. Visit CESFIGHTS.COM for tickets and the latest news regarding all upcoming boxing and MMA action from CES.