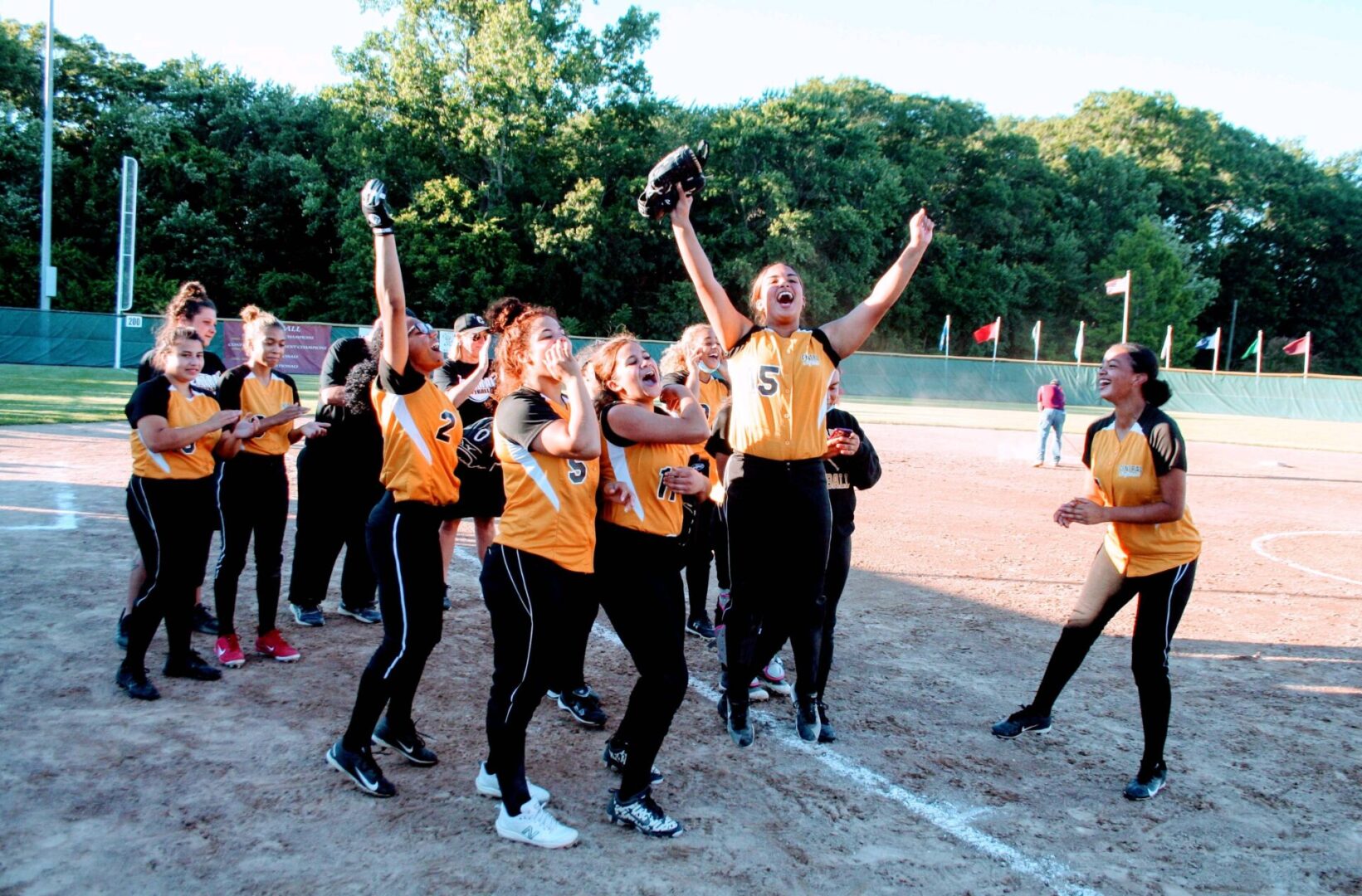 It was practically a year ago to the day when, worldwide, the pandemic reared its ugly head and stopped the world of sports in its tracks. High school winter sports were wrapping up their playoffs with some champions crowned, some not so lucky. The hope at the time was that the Coronavirus responsible for it all would simply run its course and fade away, and the world would resume with little more than a speed bump.

That hope crumbled and crashed in ruins. Locally, the Rhode Island Interscholastic League had to make the difficult choice to pull the plug on the remainder of the 2020 spring sports program. This left senior athletes wondering what type of season they would have had and coaches thinking about what could have been. Unfortunately for all involved, they learned one of the most important lessons in life – there are always could’ve, should’ve and would’ve questions, but life goes on!

For longtime girls’ softball coach, Michelle Rawcliffe, of Central High School’s Lady Knights, she didn’t dwell on what might have been or what was lost. She said at the time “We were still trying to navigate the new protocols that were being put into place for the 2020-21 school season. Unfortunately, for those athletes who lost out on their sports, they were never going to get back that past year, and for the seniors it made things that much harder”. Rawcliffe who is also Central’s Athletic Director as well as their longtime coach, coaching the Lady Knight’s softball team since 2003, she was there for all the highs, like when the Lady Knights won their last State Championship in 2011, going a perfect 19-0, to the bad times when the team could barely field a team.

“Missing out on the 2020 season was hard,” Rawcliffe said, “we had high hopes for that team. The players were committed and dedicated. The team was heartbroken when the season was cancelled. The girls worked hard to get themselves in shape for the upcoming season, and just like that, it was gone!”

Rawcliffe a two-time Hall of Famer herself, inducted by the United States Slow Pitch Softball Association and by the Rhode Island Slow Pitch Softball Hall of Fame, focused her immediate attention on Central’s fall schedule. But she knew in the back of her mind that if spring sports were going to return, her Lady Knights were hoping to make a run for the division and state championships. “We had 3 key returning players coming back and a handful of new players.  Now all we had to do is wait and see what course the virus was going to take and what we will be allowed to do.”

As the sports school year began, slowly at first, the Fall season was divided to no or low-contact sports then winter sports played out with little incidents. A Fall II season allowed for contact sports like Lacrosse and Football to play a season wedged in between the winter and spring season.

“All systems were GO for the spring sports. The virus was being treated with a vaccine and many of the precautions that were in place allowed us to get onto the field and play ball. Rawcliffe said.  As for Central softball, “Many of the kids never played organized softball before. The motto of the past was come out for fun and socialization. Thanks go to my coaches, assistant coach Steve Arian and volunteer assistant coach, Dara Patton, who worked hard with these players. We could see the benefits starting to payoff.”

Led by Senior Captain’s First base person Yohenry Liriano and Shortstop Noelia Tavera, Ace pitcher Angela Rivera, and Catcher Lesli Simon assured that the team had a solid foundation.” Rawcliffe noted that her freshman 3rd baseman Katherine Santos was the younger sister of Karina Santos who was the catcher of the 2011 19-0 State Championship team. She also added that in many of the player’s cases, quite a few had after school jobs, like pitcher Angela Rivera. “We had to get highly creative in how we conducted our practices. The players that had to get to jobs were allowed to get their work in before they left, and the players and coaches would fill in to finish out the practice. I am so proud of the entire team and coaches; we all sacrificed and came together. It was truly a team effort!”

The season began with a six-game winning streak; 16-4 and 11-5 over Shea/Tolman Co-op, then 17-2 and 7-0 topping Mt. Pleasant. Beating the Times 2/Paul Cuffee Co-op in two tough games winning 9-7 and 12-7. Central lost a pair of games to Central Falls; 15-14 and then 16-10. The Lady Knights bounced back with a 19-10 victory over Juanita Sanchez and nipping Hope 11-9. Classical handed Central their last loss of the season 16-6, wrapping up the regular season 11-3 and the number 3 seed team going into the D-IV State play-offs.

Central dominated their first-round opponent Mt. Pleasant, 17-4, going 4-0 against the Kiltes on the season. Central routed Classical, 14-1 in the final four round 1 game. In the Semifinal game, the Lady Knights faced their old rival, the Shea/Tolman Co-op team. The Lady Knights sent them into the loser’s bracket with a 13-5 win. While Central waited to see who they would face for the finals, Classical and Shea/Tolman battled it out with Shea/Tolman pulling out a 13-12 win and earned the right to face the Lady Knights for their fourth time this season. For the fourth time this season beat the Shea/Tolman Co-op team 11-7 to win its first State Championship since 2011.  Central finished the season 15-3 including the playoffs.

For Coach Rawcliffe and her Lady Knights, they took a season that may have not happened and turned it into a dream season with a fairy tale ending. No matter how history will remember 2021, the Lady Knights will always remember that they were the best team in their division in the entire state. “There were some questions about if there was going to even be a season and these magnificent girls took it and made it their own!” with the help of their coaches, family and friends.