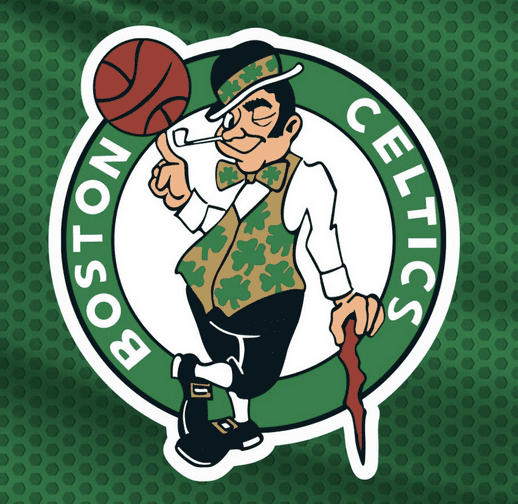 At the start of the 2021-22 NBA Basketball season, not much was being said about the Boston Celtics chances to make a run at the Championship title. It was for good reason, longtime General Manager and Celtic legend Danny Ainge resigned, with Celtic Coach Brad Stevens being tapped as his replacement. The knock-on Stevens was that as a coach the team under achieved year after year. Although the current Celtic team was one that he had a lot of input on, but the ownership didn’t feel that he had the ability to coach from the sidelines, so they “promoted” him to the front office and named Ime Udoka as the Celtics 16th head coach in franchise history standing alongside the names such as Red Auerbach who coach the Celtics from 1951 to 1966 winning 9 NBA Championships and Tommy Heinsohn a former Celtic player, who coached from 1970 to 1978 compiling a 427-263 record winning the championship in both 1974 and 1976. K.C. Jones another former Celtic player who coached from 1984 to 1988 going 308-102 and winning the championship in 1984 and again in 1986. Doc Rivers coached from 2005 to 2013 with a 416-305 record and winning the franchises last NBA championship in 2008 and rounding out the Celtic coaching legends list is Bill Russell, one of the greatest Celtic players of all time, from 1967 to 1969, compiling a 162-83 record and winning the NBA championship in both 1968 and 1969. It is safe to say that the success of the Boston Celtics historically began at the top! Failure was not an option! And not winning a championship was a failure.

As the season began, the Celtics started sluggishly, and doubts began to be the subject of the local sports radio circuit. The main topic was if Udoka could handle life in the hot seat of being an NBA head coach. As the early season loses piled up so didn’t rumors of him being over his head. Not one to panic, Udoka stuck to his plan and slowly brought the players on board with that plan. Then things began to change, the wins began to flow, teams that were considered as the teams to beat, the Celtics began beating them. The new look Celtics were making a move and gaining momentum heading into the NBA play-offs. Led by super star Jason Tatum and supported by Jaylen Brown and Marcus Smart. Re-cycled veteran Al Horford who was with the Celtics a couple seasons ago went into free agency only to return. Known as “Average” Al in his first stint with the Celtics, Horford at 36 years old, became the veteran voice the younger players needed to hear and raised his level of play to become another team leader. By seasons end the Celtics finished the season with a 51-31 record and winning the Atlantic division. The same division that many of the “experts” predicted that the Philadelphia 76ers or the New York Nets were favored to win.

In the first round of the never-ending NBA play-offs, the Celtics embarrassed the Nets to move on to the second round. Then it was onto play the favored Milwaukee Bucks, the Celtics stayed focused and bounced the Bucks out of contention and finally it set up the eastern final match between them and Miami Heat. Both teams went to the other’s arena and won a game each, basically eliminating “home court advantage”, Each night a different Celtic player stepped up and lead the team past the Heat. Coming out of conference finals, the Celtics were onto to face the favored Golden State Warriors. The Warriors who in recent years became an NBA powerhouse racking up NBA championships However this year’s Celtics team let their playing do all their talking and said very little to the media.

In the New England area, the local fan base has become spoiled by the success of their hometown sports teams. The New England Patriots have won 6 NFL Super Bowls and the Boston Red Sox have turn the young century into their own. The Boston Bruins have made appearances in the NHL final winning a Stanley Cup in 2011. The Celtics haven’t won and NBA championship in twelve years and for a franchise that factored into 21 championship series, winning an NBA leading 17 championships. Winning 8 championships in a row from 1959 to 1966, the 12-year drought was unbearable. The Celtics that always prided themselves on the history of their past was in a place it never had been before, being irrelevant. The Celtic stars became the regions household names, Bob Cousy, Bill Russell, Sam and K.C. Jones, Tom Heinsohn, Dave Cowens, John Havlicek, Kevin McHale, Dennis Johnson, Bill Walton, Robert Parrish, Kevin Garnett, Ray Allen, Paul Pierce and the greatest of the great, Larry Bird. The next wave of Celtic stars is waiting to join them in Celtic history. But first they have to win a championship! This is how the Boston Celtics are measured, not just by good efforts, or nice tries or even near misses. The Celtics greats are remembered for all time only by the banners that they hang from the rafters.

So, with a tip of the cap to Brad Stevens for his front office skills, and Ime Udoka for coaching the team through a tough and long regular season and shocking the NBA world by getting into the championships. For the players who put all selfishness aside to play for each other and stepping up. We would like to thank you, but we also want to remind you that you are in Boston, a town now used to winning championships and our expectations are high. The season will only be a success when at the start of the 2033-23 season begins with a banner ceremony that will kick off the new season! No pressure or anything, but winning game one in San Francisco was a good start, so let’s close the deal!