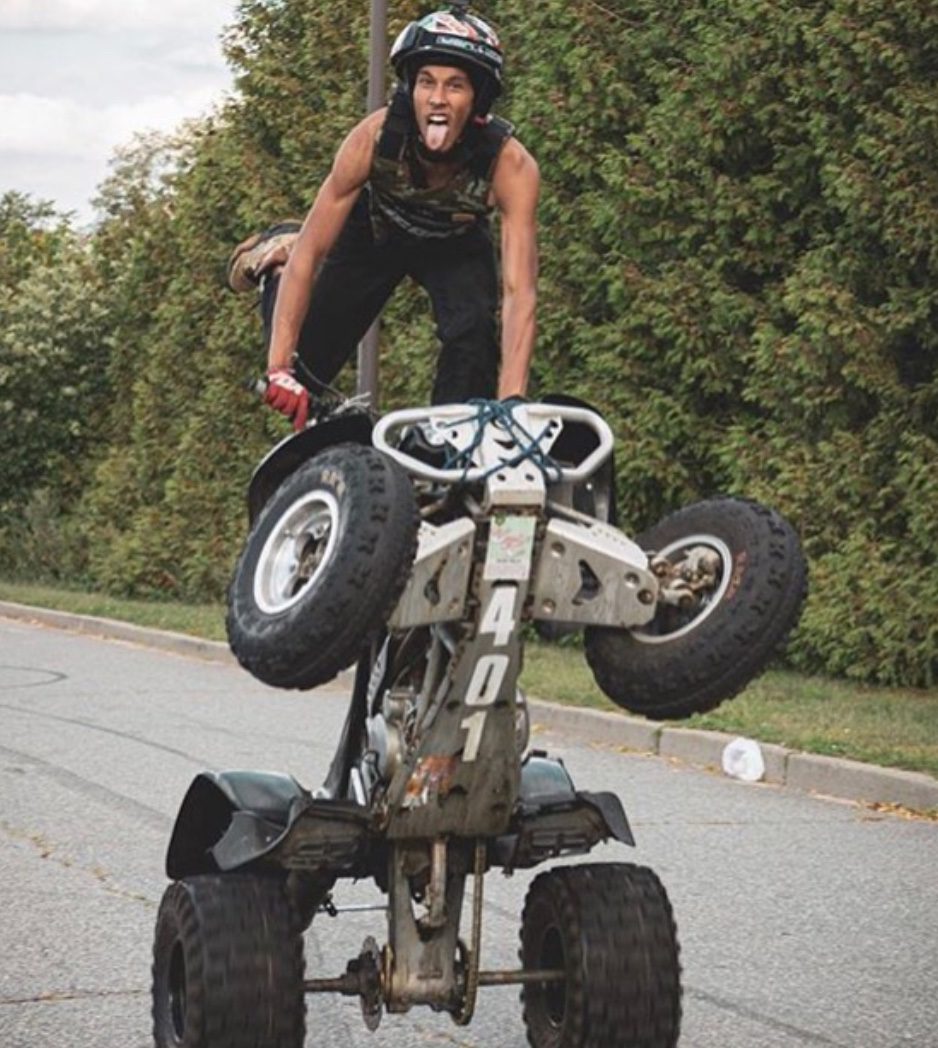 Jeremy Costa, spokesperson for “Bike Life Lives Matter” listened to Mayor Elorza’s latest statement on ATV’s and mini-bikes in Providence with new eyes and ears as Elorza pulled up the welcome mats with a policy flip. Not only saying they would not be allowed on roads in the city, but the mayor is now encouraging friends and neighbors who know where illegal vehicles were to drop a dime and turn them in. The statement left the media and others verifying that the Mayor was backtracking on his “legal welcome” policy given just a few days before, and even the Mayor looked surprised during his own presentation – surprised again when saying that this “new” policy is different than what he said earlier. While still saying that vehicles need to be licensed and insured, there would be no driving on city streets. Promises of working on a play park were no longer mentioned. He went on to say that there are no mini-bikes, mopeds, dirt bikes, or ATVs that are legal to own within Providence city limits, so all that are owned can be confiscated and destroyed.

Costa said he thought he would come and hear the mayor stand up for the riders, maybe with a plan for a place to ride, but instead it was “nothing but a bait and switch”.

“The use of dirt bikes and ATVs on our City streets is illegal and poses a serious danger to the public. We’ve been aggressive in pulling over, seizing, and destroying over 200 ATVs and dirt bikes in recent years. Drivers are arrested and held accountable for their actions. We will continue this approach to make sure that the illegal and dangerous use of these bikes is eliminated from our roads. To report the location or operation of an illegal recreational vehicle please contact Providence Police Department at 401-680-8ATV. Later in the day, this hotline information was posted on the Providence city website:

“Ahead of the warmer weather this weekend, officers of the Providence Police Department will be vigilant and are prepared to deal with dangerous and illegal ATV and dirt bike riding. Our public safety officials and I are committed to addressing this issue and we have been successful in pulling over, seizing, and destroying over 200 ATVs and dirt bikes in recent years. We will continue this approach to make sure that riders cannot create dangerous situations for the public and themselves. Our police chief has also been in touch with police departments in other cities throughout the country to solicit ideas about how to address this issue. These cities are all like us in that they are just as frustrated as we are. This is a problem that there are no easy solutions to, and we are looking into every creative measure to help resolve it.

To address this issue in Providence, we passed an ordinance allowing officers to seize bikes, even when they are not being used. Residents can also report the location or operation of an illegal recreational vehicle by contacting the Providence Police Department at (401) 680-8288.

In addition, we are looking into other creative solutions such as placing responsibility on gas stations to turn these vehicles away when they come to fill up as well as creating a registration system to limit the supply of these vehicles. Currently, anyone can purchase a recreational vehicle and simply drive off on it; ensuring an endless supply of ATVs and dirt bikes coming onto our streets without any way to tell that they will only be used safely and responsibly. We have received many questions from our community about this registration proposal in particular – it would seem to folks that providing owners with greater responsibilities would only encourage more of this dangerous activity. That is not the case and we recognize that none of the riders who are already using these vehicles illegally would ever register them. This registration process is designed only to make it easier for riders to be held accountable and to stop the seemingly endless supply of these bikes.

We already have an aggressive policy, but there are limitations to these existing enforcement measures. We cannot block these vehicles from coming to our City – it is simply not feasible. We also cannot dedicate even more officers than we already have to address this issue. We know that there are folks who will continue to use these vehicles illegally and, for these folks, we will continue to pull over and arrest riders and seize and destroy as many of these vehicles as possible. We are committed to addressing this issue using all the tools at our disposal. The solution is going to require that we work strategically and that we work creatively.“

Sharon Steele, long involved in downtown Providence safety and development progress said she didn’t hear the Mayor backtrack enough, saying she didn’t think the Mayor’s new policy was much different than what he had said previously; “what we want to hear is Providence take the exact same position as Mayor Hopkins of Cranston. We want a zero tolerance policy for Providence”.

Mayor Hopkins announced a four step plan to curtail the use of ATVs illegally in Cranston. All steps went into effect immediately.

No person shall ride, drive or otherwise use a mini-bike, non-street legal or unregistered motorcycle, go-cart, or other like vehicle on or upon any public property of the city. Registered vehicles only shall be allowed on public streets, parking lots or other areas designed for regular traffic, unless prohibited by the chief of police.

At the press conference, a photo was shown of a rider with a large handgun and it was noted that many who are stopped either have weapons or drugs on their person, or some outstanding criminal issue. Chief Winquist noted that these are not young people out for fun, and that most are adults.

Mayor Hopkins noted that civil fines will follow in conjunction with additional initiatives to come before the City Council.

It is expected that vehicles taken will be destroyed, most likely using DPW front loaders to do so. At this point, with the way the law is, vehicles confiscated have to be returned to the owner, so new regulations will be a “helpful tool” to enforcement of the ban on illegal ATV-type vehicles within Cranston city lines.

Last summer Mayor Fung and the Cranston Police stood a line at the Cranston border while Providence dealt with nightly issues with off-road vehicles and incidents primarily in the Elmwood Ave/Park Ave area. They utilized DPW vehicles to block travel over the Providence border at some points. Blockades into Cranston gave a strong affront that these incidents would not be allowed in the city of Cranston.

The statements from Cranston followed incidents that have started of ATVs in the city, surrounding vehicles, etc. Since that time 60 vehicles were taken and two arrested in a Route 10 incident where a gun was shown to an officer from the belt of rider. The full story is here: https://rinewstoday.com/cranston-to-power-down-atv-menace-in-city/

In response to RINewsToday inquiry, the Mayor’s office provided us with this statement: “We stand by our opinion that the unlawful and reckless operation of unregistered dirt bikes and ATVs upon our city streets presents a clear hazard to the involved riders, pedestrians and the law abiding motoring public.  We will continue to make every effort to enforce our existing laws and ordinances with the safety of our officers and the public in mind.  Obviously the unlawful actions of the riders create a challenge but we will not ignore this public safety issue, ” said Warwick Police Chief Brad Connor.

Pawtucket’s Acting Public Safety Director and Police Chief Tina Goncalves: “The safety of vehicle operators and pedestrians continues to be an utmost priority. The Pawtucket Police Department continues to monitor and assess the slight rise in ATV and off-road vehicles throughout our community.”