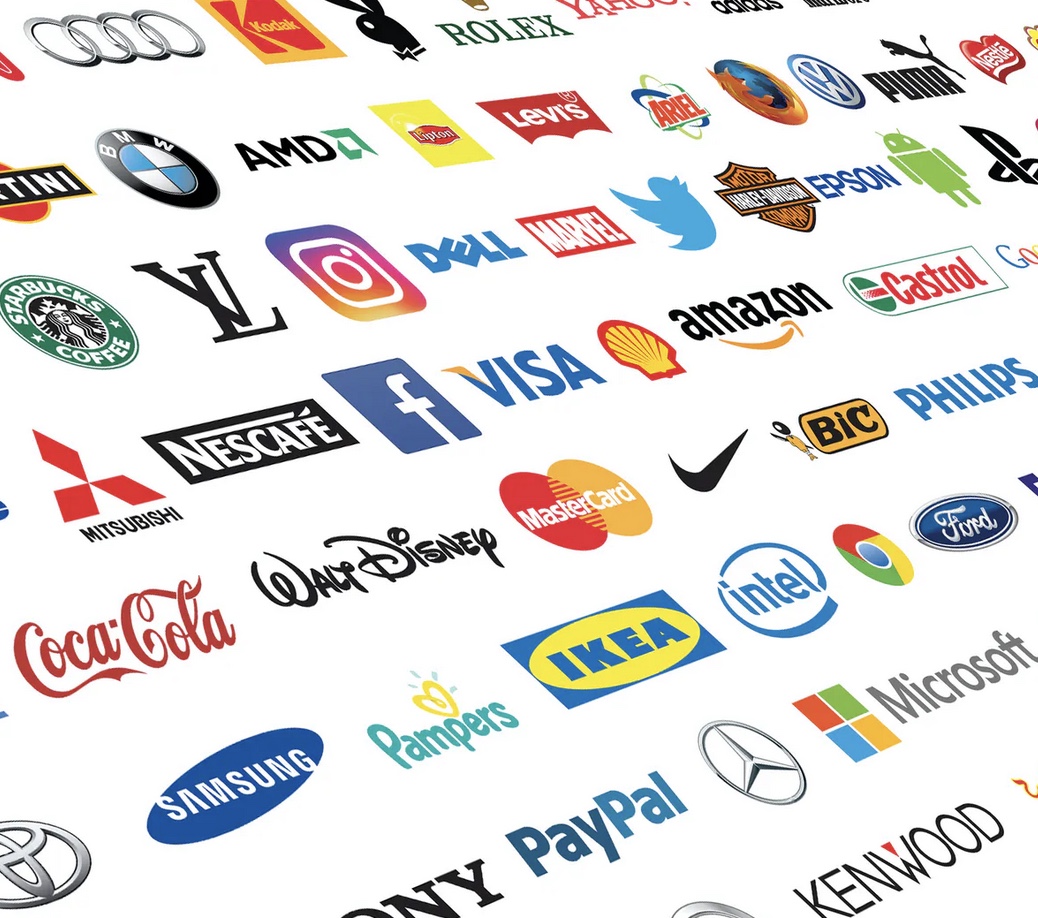 Big tech. Too big, too powerful.

This story has been updated.

There has been rapid developments in the way censorship has grown from the first action of Twitter taking down the President’s tweets for inciting a riot and violence in the nation’s capital. We deplore the violence that happened and we hope a full and thorough investigation will be done.

As the censoring of select messages or individuals can be warranted, companies now seem to be on an unbridled, and unregulated roll. We face the first amendment versus the rights of individual companies to do what they want, arbitrarily so. But we also see how much too-big companies have control over how we communicate in our daily lives. Calls for splitting up these mega companies, much like what was done with the banking system, have been slow to take action. How these considerations will move forward in a new congress is unclear.

The now-retired U.S. Supreme Court Justice Anthony Kennedy, called the cyber age a revolution of historic proportions, noting that “we cannot appreciate yet its full dimensions and vast potential to alter how we think, express ourselves, and define who we want to be.” Kennedy said cyberspace, and social media in particular, was among the “most important places … for the exchange of views.” He compared the internet to a public forum, akin to a public street or park. Although Justice Samuel A. Alito concurred in the opinion, he also chastised Kennedy for his “undisciplined dicta” and “unnecessary rhetoric.” This hot battleground raises serious concerns about the future of free speech on social media, the shifting standards of private platforms to censor online expression and the rise of hate and extremist speech in the digital world. Given Justice Kennedy’s language about the importance of cyberspace as a vast public forum—the question becomes whether the First Amendment could be applied to limit the censorial actions of private companies. However, under the First Amendment, hate speech is a form of protected speech unless it crosses the line into narrow unprotected categories of speech, such as true threats, incitement to imminent lawless action, or fighting words. Social media companies—much like private universities—would aspire to behave under First Amendment principles, and at a minimum not discriminate against political speech based on viewpoint, but realistically, these are for-profit businesses that privilege profits and their own financial gains and as of now can do whatever they want. We are free to change what social media outlets we use – but that may be impossible when they are nearly all owned and controlled by two or three entities.

It started with Twitter slapping the President of the United States’ wrist by taking his account temporarily down. It deepened when Twitter said the take-down would be permanent out of fear that further tweets could incite insurrection.. Twitter stock fell 12% on Monday, June 11th.

Snapchat – did the same.

WhatsApp – did the same.

PayPal – suspended accounts of groups who traveled to Washington, DC. They have also blocked the Christian crowdfunding site, GiveSendGo.

GooglePlay shut down Parler’s accessibility, too.

Amazon which hosts Parler pulled access for Parler and shut down their servers, essentially bankrupting the owners and shutting down the app used by 20 million people.

Vimeo, owned by IAC, an American holding company that owns brands across 100 countries, mostly in media and internet services, shut down paid accounts with any videos relating to President Trump (including our own press conference editing videos). IAC also owns popular sites such as Angie’s List and Home Advisor, and news sites such as The Daily Beast.

YouTube is owned by Google. YouTube has taken down many videos and video channels relating to the election and to the President

Video-sharing site Rumble, which reportedly has a large base of politically conservative users, hit Google with a $2 billion antitrust suit Monday in California federal court, accusing the tech giant of unlawfully “rigging” its search algorithm to elevate Google’s own YouTube platform over competitors.

Several people have been put on the no-fly list for flying to Washington, DC at the time of the US Capitol riots, not for participating in the Capitol riots.

There are reports of people being fired (most employment is at-will) for having gone to Washington, DC or expressing an extreme right political viewpoint. Forbes Magazine says no company should hire anyone who worked in the President’s administration. Let it be known to the business world: Hire any of Trump’s fellow fabulists above, and Forbes will assume that everything your company or firm talks about is a lie. We’re going to scrutinize, double-check, investigate with the same skepticism we’d approach a Trump tweet. Want to ensure the world’s biggest business media brand approaches you as a potential funnel of disinformation? Then hire away.

CNN has petitioned for cable companies to take down Fox News Network.

Cumulus Media wrote to all of their radio stations, saying: “We need to help induce national calm NOW,” Cumulus and its program syndication arm, Westwood One, “will not tolerate any suggestion that the election has not ended. The election has been resolved and there are no alternate acceptable ‘paths.’ Please inform your staffs that we have ZERO TOLERANCE for any suggestion otherwise. If you transgress this policy, you can expect to separate from the company immediately. There will be no dog-whistle talk about “stolen elections”, “civil wars” or any other language that infers violent public disobedience is warranted, ever. Through all of our communication channels, including social, we will work to urge restoration of PEACE AND ORDER.” In Rhode Island, Cumulus radio stations are WPRO-AM, WPRO-FM (WEAN), WPRV-AM, LITE105, WWKX (KIX106).

The digital revolution has produced the most diverse, participatory, and amplified communications medium humans have ever had: the Internet. The ACLU believes in an uncensored Internet, a vast free-speech zone deserving at least as much First Amendment protection as that afforded to traditional media such as books, newspapers, and magazines. – Without equal access to the internet, we lose our rights to be heard and to hear others. – A free media functions as a watchdog that can investigate and report on government wrongdoing. It is also a vibrant marketplace of ideas, a vehicle for ordinary citizens to express themselves and gain exposure to a wide range of information and opinions.

German chancellor, Angela Merkel – hardly known for her affection for the US president – made it clear that she thought it was “problematic” that Trump had been blocked. Her spokesperson, Steffen Seibert, called freedom of speech “a fundamental right of elementary significance”. She said any restriction should be “according to the law and within the framework defined by legislators – not according to a decision by the management of social media platforms”.

Minister Le Maire also condemned the move and said that tech giants were part of a digital oligarchy that was a threat to democracy.

Manfred Weber, the leader of the European People’s Party—a centre-right political party—echoed Beaune and called for Big Tech firms to be regulated. “We cannot leave it to American Big Tech to decide how we can or cannot discuss online. Today’s mechanisms destroy the compromise searching and consensus-building that are crucial in free and democratic societies.

Norway’s left-wing Labor Party leader Jonas Gahr Støre said that Big Tech censorship threatens political freedom around the world. He said Twitter needs to apply the same standard globally that it did to Trump. “This is a line where freedom of expression is also at stake,” said Store. “If Twitter starts with this sort of thing, it means that they have to go around the world and look at other people completely astray, and shut them out.”

Acting Prime Minister Michael McCormack said, “There’s been a lot of people who have said and done a lot of things on Twitter previously that haven’t received that sort of condemnation or indeed censorship. I’m not one who believes in that sort of censorship.” Treasurer Josh Frydenberg said he was uncomfortable with Twitter’s ban on Trump. “Those decisions were taken by commercial companies, but personally, I felt uncomfortable with what they did,” he said. Quoting Voltaire’s famous line: “I may not agree with what you say, but I defend the right to say it,” Frydenberg said that freedom of speech is fundamental to a democratic society. Fellow Liberal Party member and senator, Alex Antic, said he will push for a Senate Select Committee into Big Tech’s influence and censorship of political ideas when the Australian Parliament resumes next month.

Mexican President Manuel López Obrador also echoed his global counterparts. Obrador said a “court of censorship like an inquisition to manage public opinion.” “I don’t like anybody being censored or taking away from the right to post a message on Twitter or Face(book),” he said.

In Russia, the opposition leader, Alexey Navalny, who is an outspoken anti-corruption campaigner, said he believed the ban was an unacceptabble form of censorship and was based not on a genuine need but rather Twitter’s political preferences. In a poston the platform on Jan. 10, Navalny said: “Don’t tell me he was banned for violating Twitter rules. I get death threats here every day for many years, and Twitter doesn’t ban anyone.”

Silkie Carlo, director of Big Brother Watch, “but this corporate power grab does nothing to benefit American democracy in practice or in principle.” – “Social media companies are censoring views and deleting accounts haphazardly, often in response to political tides rather than rule breaches, effectively playing judge and jury with our rights.”

Elon Musk, Tesla CEO said, “A lot of people are going to be super unhappy with West Coast high tech as the de facto arbiter of free speech,” – Time to break up Amazon, monopolies are wrong.”