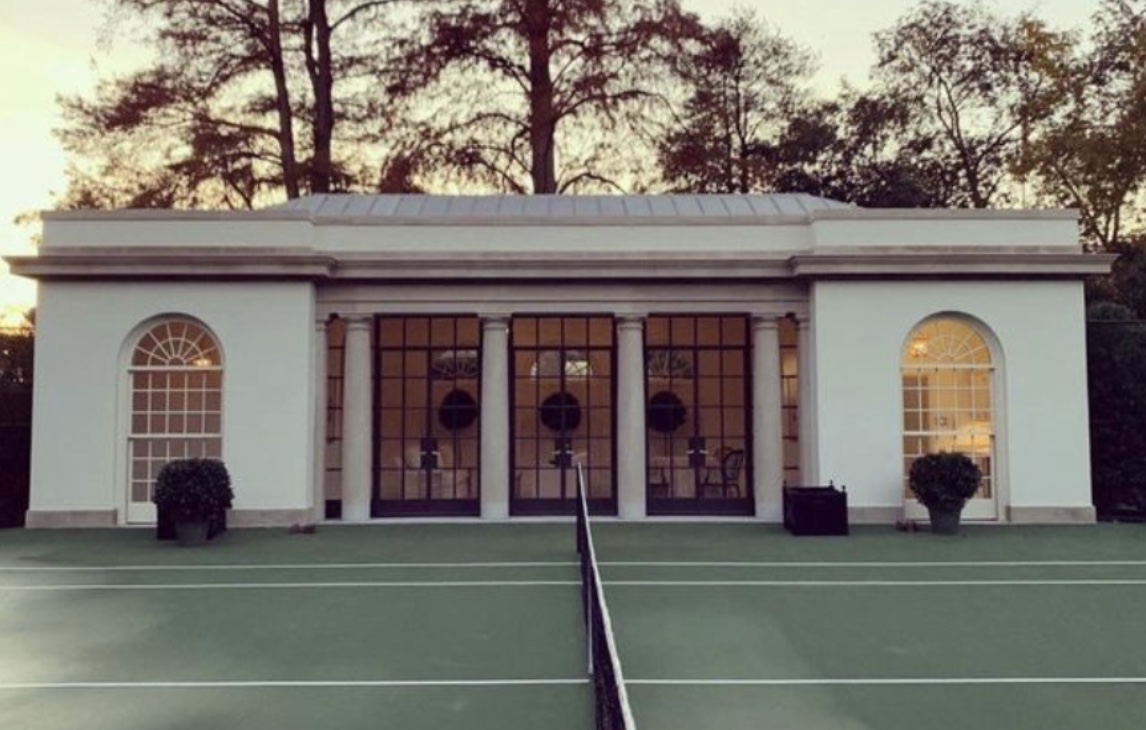 Two weeks before President Trump signed his executive order calling for federal buildings to be designed in traditional styles, his wife, the first lady, Melania, announced the completion of a tennis pavilion on the White House grounds designed with the White House itself in mind. It was designed by Steven Spandle, one of three classicists recently appointed by the president to four-year terms on the seven-member U.S. Commission of Fine Arts. The pavilion is not open to the public, and little need be said of it, but it is purely classical and it was completed this past year, this month in fact.

For a moment I feared that Melania’s tennis pavilion might be the only classical or traditional building erected in 2020. Then it hit me: Of course! Buff Chace’s new building on Westminster Street, right here in little ol’ Providence! How could I have forgotten it? But I did not forget it. There it is in all its glory, in the photo by yours truly above. It is considered an addition to the Trayne Building, to its left, but is for all intents and purposes a distinct building, designed in a different style calculated to fit in with the street’s glorious diversity of traditional and classical styles.

The Corsair, an apartment house in Greenwich, CT., completed 2020. (RAMSA)

As usual, architect Robert A.M. Stern and his firm produced a number of classical and traditional buildings last year, some quite notable. Scrolling through RAMSA’s portfolio is always an exciting and occasionally depressing experience (the firm does not quail at modernism). It takes me down memory lane, all the way back to its Brooklyn Law School Tower, which I defended against an unfair attack by former NYT critic Herbert Muschamp in 1994 (“Squinting at Prof. Muschamp,” I think it was called). A foretaste of projects for 2021 and 2022 includes a housing block, Audley Square, in Mayfair, London, and a federal courthouse in Charlotte, N.C., and the typical host of impressive collegiate structures. Above is The Corsair, an apartment house in Greenwich, Conn., completed this year.

Maybe I am getting lazy or not rousting my sources into action soon enough, but is it possible that this year’s crop of traditional and classical buildings should be even smaller than last year’s? This year, a major polling organization, Harris, surveyed 2,000 Americans and discovered that up to three-quarters preferred traditional styles, at least for federal courthouses. Then, just over a week ago, the president, as noted above, signed his new executive order to mandate classical and traditional styles for federal architecture. It seems odd that these events should close a year that seems to have boasted very few examples of the styles promoted at the highest levels of government. It is depressing. It is embarrassing. The web is filled with articles glorying in modernist carbuncles that went up this year and are expect next year. Is there a new strain of covid targeting trads? Surely not. But it seems this is the world we live in. Needless to say, any late entries in the 2020 sweepstakes, excluding building renovations, restorations and single-family houses, will be added to this meager post.

To read this article in total, go to: Best trad buildings of 2020