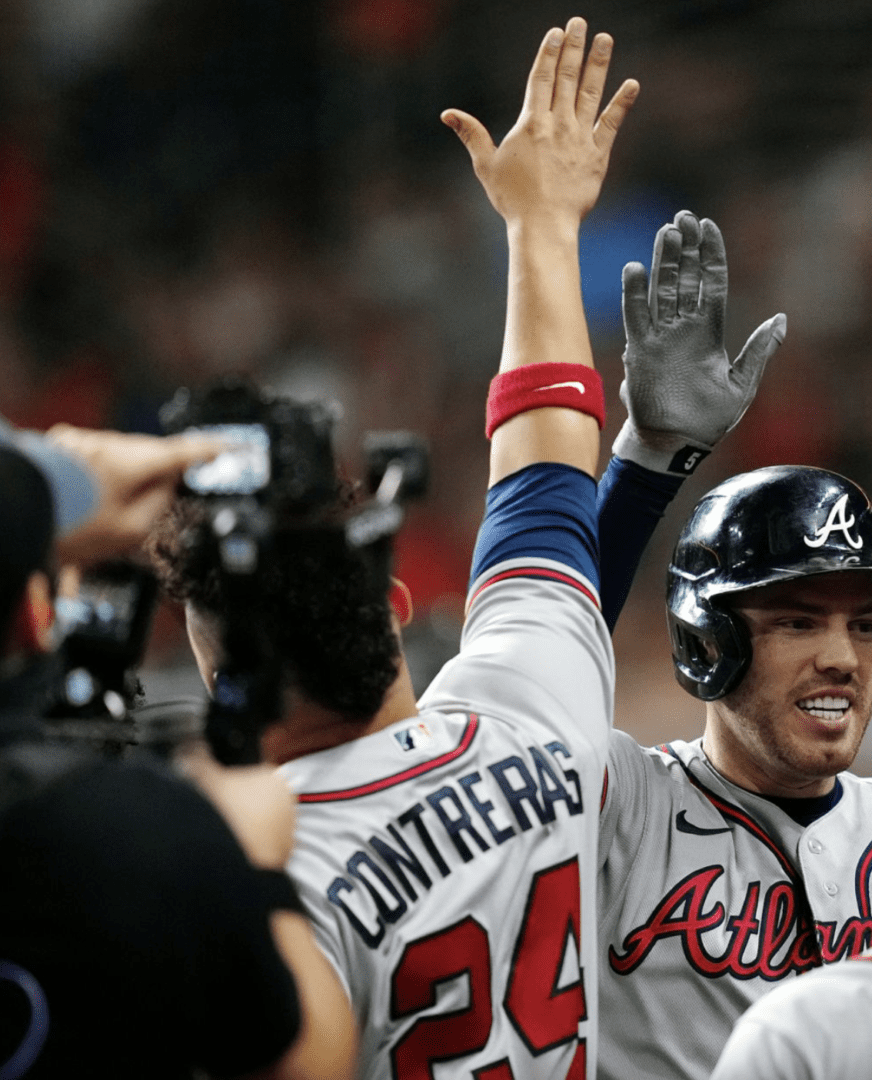 The Atlanta Braves win the World Series after 27 years as pretenders, and are back on top of the Major League Baseball world.

The champagne was supposed to flow in Houston, Texas this week. A celebration of a World Championship was to bring redemption to a team that has been so closely associated with scandal, with the dark side of professional sports, a team that hasn’t been this branded as cheaters since the 1919 Chicago White Sox (if you’re not familiar with the story of that team, go and watch the movie Eight Men Out). The Houston Astro’s only a couple of years ago were the toast of the nation, winning their first-ever World Series Championship, then it began to leak out. They were the benefit of an elaborate sign stealing scheme that shook all the way throughout baseball and ended at the door of the Boston Red Sox. But we’re not here to revisit that past, we’re here to celebrate a team that came out of nowhere to pop open the champagne and have their own hat and tee shirt night – the Atlanta Braves.

The last time the Atlanta Braves celebrated a World Series championship was back in 1995, 27 years ago. Most of the Braves’ younger fan base was not even born yet. Although the Braves have made consistent play-off appearances steadily throughout the years in between, they had been a fixture in the play-offs for a long time but were unable to put together a championship run. As a matter of fact, their 2021 season record was barely over .500 at 88 wins and 73 losses. Except when the Washington Nationals won the World Series a couple years ago. The National League East belonged to the Braves for the most part. Getting into the play-offs and winning in the play-offs often proved to be two different challenges to Atlanta.

That was until this season when the expansion format of the play-offs was about to happen. Under the new format a play off between the two teams with the best records would square off with the “winner” facing the number one seeded team in the World Series tournament. By winning the National League East, The Braves faced off against the Milwaukee Brewers in the National League Divisional series and sent the Brew-crew home for the winter with a 3-0, 3-0 and a 6-5 win, after losing the opening game of the best 3 wins of five game series 2-1.

The Braves were suddenly the higher seeded team when they were facing the Los Angeles Dodgers. The Dodgers, who had one the highest payrolls of all of baseball, out lasted the St. Louis Cardinals 3-1 to advance into the short series where they faced off against the San Francisco Giants. Like Atlanta, the Dodgers lost to the Giants in the opening game of the National League Divisional game 4-0. But rebounded with a 9-2 win. The Giants won the next game 2-1, and the next with a 1-0 thriller. The Dodgers won the next two games over the Giants7-2 and 2-1, eliminating the Giants and facing off with the Braves for the National league pennant.

Atlanta won the first two games of the series 3-2 and 5-4. The Dodgers won game three 6-5. Pushing the Dodgers to the brink of elimination, the Braves won game five 9-2. The Dodgers answered with a 11-2 beat down of the Braves. The Braves held on in game 6 with a 4-2 win over the pesky Dodgers to get back into the World Series to face off with the most hated team in major league baseball, well that is if you’re not an Astros fan.

The 2021 World Series began in Atlanta, where they were experiencing unseasonably cold temperatures. The Braves won game one 6-2, but the Astros took game two, beating the Braves 7-2. Getting a split and heading home to Minute Maid Park in Houston, the Astros we’re feeling good about their position, heading home for three games tied in the series 1-1. Game three went to the Braves as they held the Astros bats quite as they notched a 2-0 shutout win. Then the Braves put the Astros on the brink of elimination by winning game four 3-2, and a 3-1 lead in the series. The Astros again bounced back in game five to keep their series hopes alive with a convincing 9-5 win. The series had long settled down to the best two teams in baseball squaring off to win the championship. The talk of the cheating scandal turned into whispers and then faded out completely. What was left were the two best teams in baseball settling it on the field, and in game 6, the Braves ended the 2021 baseball season when they shut out the Astros 7-0 to win their fist World Series since 1995 and winning the franchises 4th World Championship.

The Brave’s right fielder, Jorge Soler was named the World Series MVP, Soler came up through the Chicago Cubs organization and was traded to the Kansas City Royals in 2016, he landed in Atlanta at the beginning of the 2021 season. Manager Brian Snitker who became the teams Manager in 2016 was a Braves longtime coach prior to becoming the teams Manager. He was a coach on the staff in 1985, 1988-1990 and again from 2007-2013. The Braves who began as the Boston Braves, after 82 years in Bean Town, and in 1953 they moved to Milwaukee citing declining fan support, then moved from the Northern city to Atlanta Georgia in 1966 for the same reason. Struggling in Atlanta from when they arrived until the 1990’s when the franchise turns things around to become a constant play-off contender ever sense.

The Braves hope to break the cycle of bad luck that has befallen recent World Series champions, the Washington Nationals, Chicago Cubs, Houston Astro’s, Los Angeles Dodgers, Tampa Bay Rays, and the Boston Red Sox and that is to try and prevent falling from the top of the baseball world and repeat as champions.