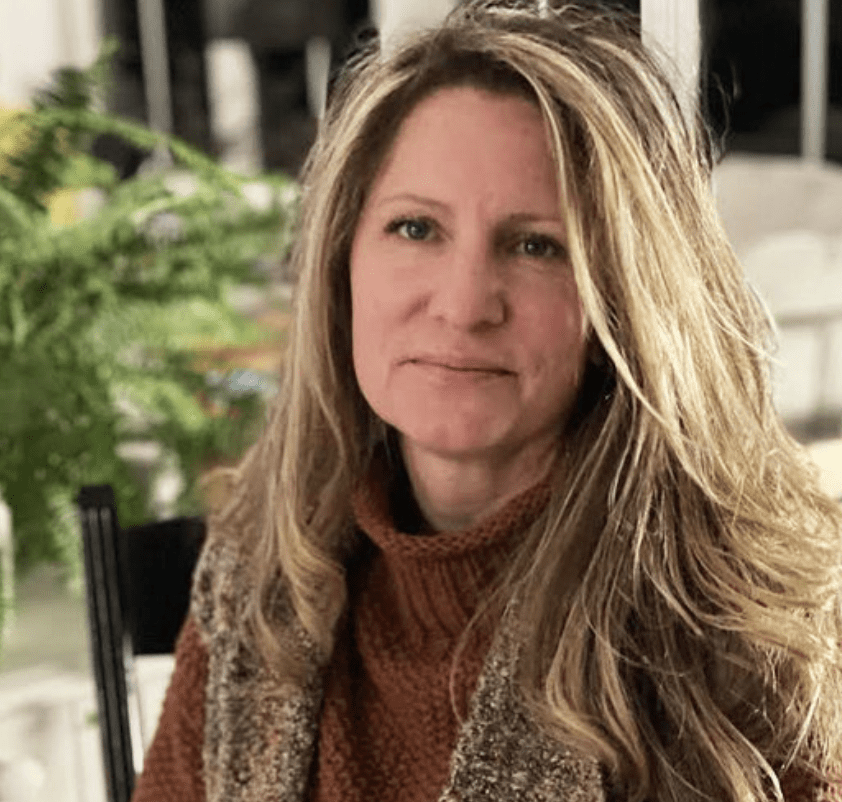 An interview with Tina Spears, executive director of the Community Provider Network of Rhode Island

As a blizzard descended on the Northeast, the way that we define community and neighborhood has become self-evident, much like the truths contained in the Declaration of Independence. Who will help the disabled neighbor shovel out?

The question is not an abstract one. Will Gov. Dan McKee, wearing his URI cap, come to the rescue? That is an unlikely scenario – despite the Governor’s posturing as he gives briefings from his post at the emergency command center in an election year.

Will the news media step up to the plate? That is an equally improbable solution – unless there is a Good Samaritan story in it to cover, or there is an iced-coffee to use as a measuring stick.

Will the landlord shovel the walks and clear the parking area, as legally required? That is doubtful – given her past history of neglectful behavior when it comes to snow removal.

Isn’t there a community agency that will provide the shoveling services? Probably – that is the likely answer too many might give, parroting back the answer given in all those ads by George Foreman, saying: “That’s not my problem.”

Living in an inclusive world
We are all connected and interdependent with each other, bound together – even if some have a hard time acknowledging the common ground that exists. It is not all about eating chocolate cake and calamari, despite what some political pundits and newspaper columnists would have you believe.

The crises of the last two years around public health, sparked by the onslaught of COVID, and the breakdown of the safety net for Rhode Island’s must vulnerable residents, have not occurred in a vacuum.

The failure to raise Medicaid reimbursement rates for providers is a failure that falls directly upon the shoulders of legislative leaders for the last decade. Rather than face the political reality of raising taxes to pay for needed services, legislative leaders – and Governors Raimondo and McKee – have put the burden instead on community service providers, asking them to perform as if they were heroic “catchers in the rye,” desperately trying to save all the babies and children from falling, falling.

All of the technological prowess in the world – delivered by the likes of Deloitte or by expensive business consulting firms such as Boston Consulting Group and McKinsey & Company – have not been able to remedy the underlying problems in Rhode Island. Instead of investing in direct client services, the state’s money has been invested and diverted into paying for technological fixes. It is a human problem.

One of the most important – and most under-reported – processes now underway is the Senate legislative commission examining the role of the R.I. Executive Office of Health and Human Services, led by state Sen. Josh Miller. What has emerged from the hearings, covered extensively by ConvergenceRI, is the gap – more like a gaping maw – that exists between how human services are aligned and their actual delivery.

ConvergenceRI asked Tina Spears, the executive director of the Community Provider Network of Rhode Island, headquartered in Cranston, and a member of the Senate legislative commission, to share her insights, from the providers’ perspective, a voice that is too rarely heard. Here is the ConvergenceRI interview.

ConvergenceRI: Why do you think it has been so hard to have your voice and the voices of your colleagues heard about the current crisis in low reimbursement rates by Medicaid? What do you think is the best strategy to remedy that?
SPEARS: Fundamentally, I believe it is linked to a long-standing stigma and or misunderstanding of the needs of people with disabilities, behavioral health conditions, and more generally, people on Medicaid. This system is often viewed as a drain, and an expense, instead of an investment in the well-being of our community or our economy.

We have a dynamic in which the state says, “This is what we are willing to pay for clinical, residential, or community based services,” that has no relevance to cost, which does not match how the state contracts with other industry vendors of service.

For example, when the state contracts with a technical IT vendor, let’s say Deloitte, to build a system, Deloitte priced the cost of what the state was asking for.

Deloitte said, “Our labor cost is x and our material cost is y, and this is what we can do for a sum of money.”

While the state will negotiate a better price if possible, they do so in a limited fashion, and the vendor is able to do the work asked of them. Or, so we hope.

For health and human service providers, whose “product” is to support Rhode Island residents, there is no pricing model that supports current labor markets or business costs to do so.

Providers are given a budget or a fee schedule and told to go make it work. We’re in a fundamentally weaker position than other vendors; because the people we serve continue to be marginalized, and our services are not deemed as valuable.

It’s not like providers can pull up stakes and go, “Oh, well, we’ll just go to Massachusetts then.” We work here in Rhode Island for Rhode Islanders, that’s who we serve and want to serve.

How we remedy that is assessing cost and pricing and funding services to ensure their existence for Rhode Islanders who need them. Rep. Julie Casimiro has sponsored a bill to do just that, H7180. The Senate bill is on its way, sponsored by Sen. Louis DiPalma.

ConvergenceRI: Your work as a member of the Senate commission looking at R.I. EOHHS has no doubt been eye-opening. What has most surprised you from the hearings? What have you learned?
SPEARS: The most eye-opening moments have been the misalignment of the policy intent of R.I. EOHHS and the actualization of the organizational outcomes that were expected by the statute that created R.I. EOHHS.

I believe the commission will work to draft recommendations once we have completed the hearings, so I will hold comments until we have fully concluded our review.

What have I learned? That the best intended policy can have poor outcomes if alignment with the investments and operational structures does not occur.

ConvergenceRI: If you could create and launch a billboard campaign to address the gaps in funding and care in Rhode Island, what would it say?
SPEARS: We [the Community Provider Network of Rhode Island and its member agencies] are constantly discussing how we talk to the public and policymakers about this. Right now, I think our billboard campaign would say, “It’s time to include everybody.”

Because that’s fundamentally what this is about: the inclusion of people with disabilities and behavioral health conditions in our society. This is very much a civil rights issue. And we don’t get to a place of inclusion and integration if we don’t have a well compensated professional, experienced workforce, if we don’t have providers who can take in new clients.

Our social media hashtag is #StableWorkforceStableLives, and I think that also sums up the issue well. The health and human services system is destabilized [that was true even before the pandemic, but the pandemic made it worse]; its workforce turns over incredibly quickly because they have been undervalued. Our members need stability in their workforce to provide the stability in their clients’ lives and bring about a state that’s fully inclusive of people with disabilities.

Oh, and if you know of anyone who wants to fund a billboard campaign, get them in touch with me, I’ll take that in a hot second!

ConvergenceRI: Would you like to see witnesses sworn in under oath when they testify before commissions and legislative hearings? Why?
SPEARS: I can see the value of implementing this practice to ensure information that is presented, and deliberated upon, is, in fact, accurate, and informs policy and appropriations decisions. But this is not something I have taken a great deal of time to consider the pros and cons of.

ConvergenceRI: If you could have a one-on-one interview with the Governor, what would you ask him?
SPEARS: I would ask him, “Where do you stand on ensuring access to care for people with disabilities and behavioral health conditions?” I would ask him if he understands the tremendous struggle people with disabilities and behavioral health conditions, their families, and the professionals who support them are going through right now?

I would ask him, assuming he wins, what does Rhode Island look like for people with disabilities and behavioral health conditions after his time in office? No one else in Rhode Island is in a better position to deliver continuity and planning for an inclusive state than the Governor. So how does he get us to that? How does he put us in a place to ensure that if the crisis is solved, some future person like me won’t be asking a future governor to solve the exact same crisis? This could be the Governor’s legacy. I think that would be a great legacy to leave Rhode Island.

Knowing the health and human service workforce sector is one of the largest in the state, has he thought about how the community organizations that employ that workforce fit into his economic plans?

ConvergenceRI: Do you have any initial thoughts about how R.I. EOHHS should be re-organized?
SPEARS: What has been clear through this process is the need for aligning our investment strategies with our policy objectives in the health and human service system. The fact that the access to services is seriously compromised today leads us to the question: Why is there a disconnect between the funding and the programs when R.I. EOHHS was designed to align them?

While there is no single answer to this question, one key take-away for me, as a commission member, is the need to understand who is ultimately making the policy and investment decisions. Based on testimony, directors of agencies suggested strong alignment and partnership with R.I. EOHHS, yet public and community testimony suggests there are significant problems.

It sounds to me, based on testimony, the Governor’s office and/or the Office of Management and Budget are the ultimate decision makers on investments and policies. If this is the case, I do wonder if there is a need for R.I. EOHHS if the Governor and OMB are not willing to defer decision-making to EOHHS.

ConvergenceRI: What questions haven’t I asked, should I have asked, that you would like to talk about?
SPEARS: I think the one thing that can be overshadowed by the technical conversation is the human side of what we are deliberating on. Today, we have a critical decision to make as a state. Do we, or do we not, support inclusive lives in our communities?

We have a terrible access-to-care crisis for adults and children with disabilities and behavioral health conditions. Forty short years ago, we deinstitutionalized and committed to community models of support, and that policy decision changed lives and our communities.

That system is in fact failing, and people are suffering. We have to ask ourselves if we are going back to institutionalization, or are we investing in the ideal of inclusion and the civil rights of people with disabilities and mental illness.

When we discuss this important issue, we have to constantly remind ourselves how our decisions have immediate and long-term impacts on the lives of Rhode Islanders.

Tina Spears, M.P.A., is the executive director of the Community Provider Network of Rhode Island, headquartered in Cranston.