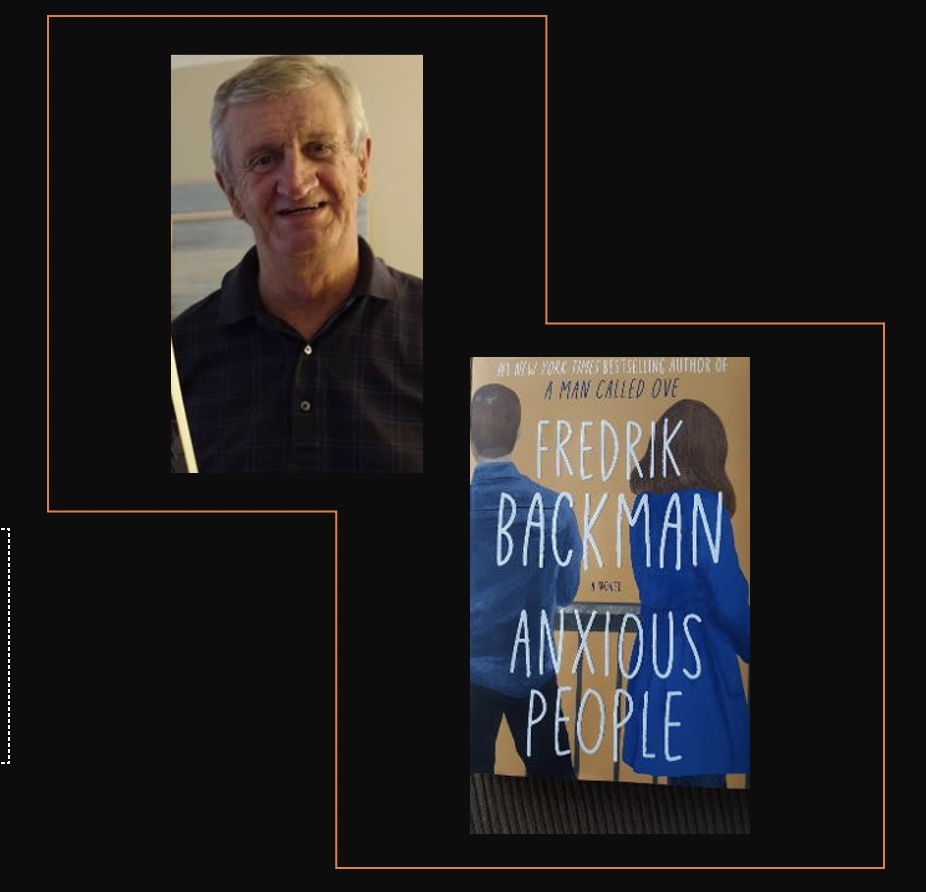 It is a comic novel for folks with neurosis.

Backman’s earlier works, such as A Man Called Ove and Britt-Marie Was Here, have a claustrophobic vibe to them. Their main characters are eccentric loners slowly forced to interact with others. In Anxious People the protagonist, whose name is never revealed, ignites the plot with a singularly foolish, desperate act.

Backman uses repetitive scenes told from the perspective of eight characters to reveal lives in varying degrees of folly, flux, promise and contentment. This elliptical approach and the circular dialogue mimics Joseph Heller’s work in Catch – 22. Both are stories which flit back and forth in time with one tale being told numerous times with comedic insight.

In interviews, Backman has been forthright in discussing his time in therapy attempting to overcome bouts of anxiety. He knows the landscapes of uncertainty and self doubt and the affects they can have on lives.

His cast of characters in Anxious People include; a father/son police team, a young lesbian couple about to have their first child, a retired couple trying to limp to the finish line and a desperate parent doomed into making the very bad decision which for several hours disrupts all their lives. The manner in which the bad decision throws this eclectic group together forces them individually, or as couples, to examine their relationships and priorities. Backman handles these revelations with wit, charm and great compassion.

The author shows a deft talent for sharing the quirkiness of commitments and the serendipity of life. The unnamed protagonist received, as a seven year old, this advice from an alcoholic mother, “if you want to make God laugh, tell Him your plans.”  With such counsel it is no wonder one makes such bad decisions later in life.

Backman’s dedication for Anxious People reads, “This book is dedicated to the voices in my head, the most remarkable of my friends. And to my wife, who lives with us.”

Book lovers can only hope those voices keep feeding the imagination of this talented, versatile writer.