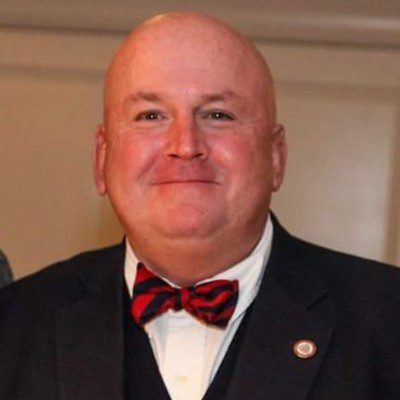 Age-Friendly Rhode Island today announced the appointment of James Connell as its new executive director. Based at Rhode Island College, Age-Friendly Rhode Island is a coalition of community and state agencies, healthcare and social service providers, individuals of all ages, advocacy and faith-based organizations, businesses, academic institutions and municipal leaders who are committed to healthy aging.

Connell has served older adults for decades and is an award-winning executive director with twenty years experience in nonprofit administration. He most recently served as a director at Benchmark Senior Living, a leader in senior living with 63 communities across seven states.

He currently lives in Newport.

Connell studied non-profit governance and financial stewardship at Harvard’s JFK School of Government and has ties to Rhode Island College going back to 1969 when he attended his sister’s graduation; he later returned to RIC as a master of arts in teaching candidate. He received his bachelor of arts in American studies at Manhattanville College.

His community work has been recognized with two state awards, both earned while serving as director of Linden Place Museum in Bristol. Connell received the Rhode Island Tourism Award for joining south coast and statewide stakeholders together to promote tourism. He also received a Rhody Award from the Rhode Island Historical Preservation & Heritage Commission for his work with community and university leaders in creating an arts campus to which thousands come each year for cultural enrichment. The “Rhody,” which honors those “with both the imagination and perseverance to make what seemed impossible reality,” also recognized the collaborations and statewide engagement necessary to repurpose a 19th century barn on the Linden Place campus into today’s Bristol Art Museum.

“I am honored to be chosen as Age-Friendly Rhode Island’s new executive director and am excited to work with our statewide coalition to realize the dream of a Rhode Island where older adults feel safe, empowered, independent, and where every aspect of their well-being is a priority for all generations,” Connell said.

Based at Rhode Island College, Age-Friendly Rhode Island is a coalition of community and state agencies, healthcare and social service providers, individuals of all ages, advocacy and faith-based organizations, businesses, academic institutions and municipal leaders who are committed to healthy aging. Its missions is to create partnerships, catalyze change, and build community that supports and empowers Rhode Islanders as we age. It vision is to build a community that enables older Rhode Islanders to live independently with the care, support and resources needed to foster health, well-being, social connectedness and a meaningful life.