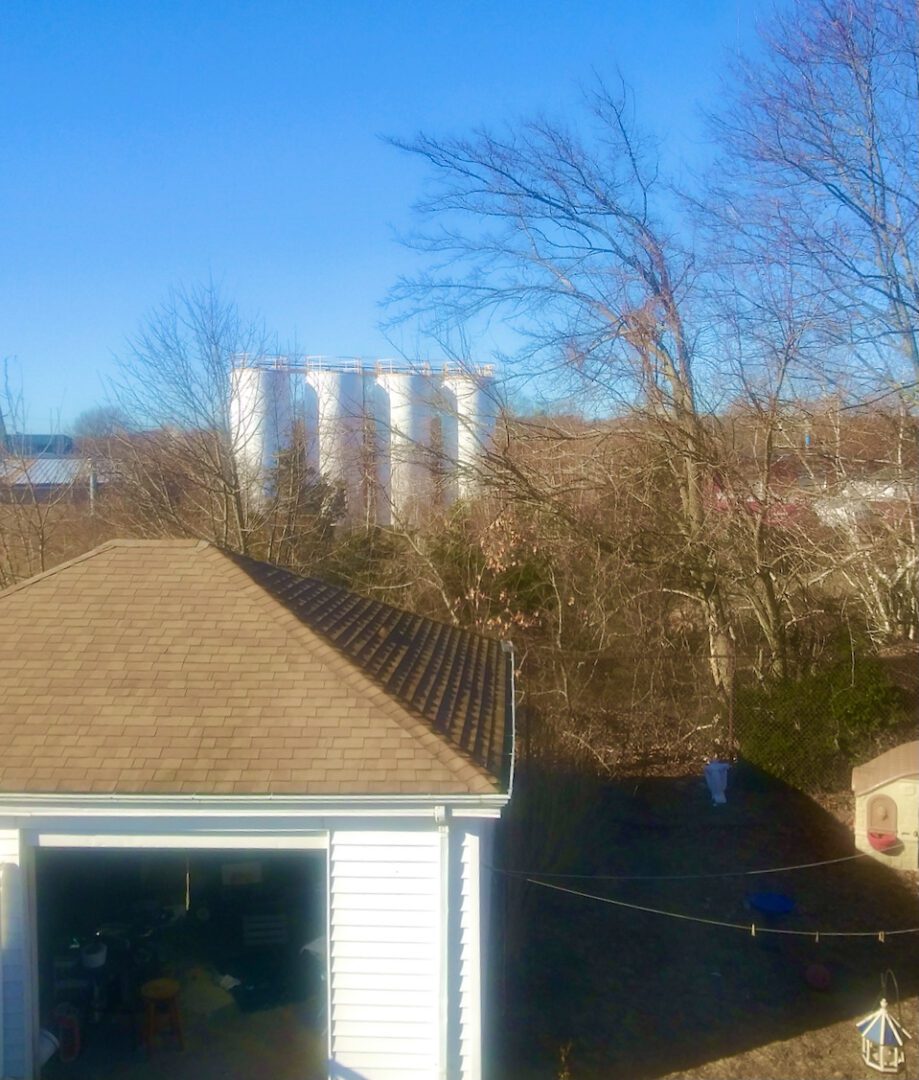 9 more tanks. 390,000+ gallons of used oil. A pond to Narragansett Bay. One of the most densely populated cities in America. What could go wrong? (updated)

Recently, we’ve all learned more about Central Falls as it became a hotspot for COVID-19 transmission. Dense housing, with streets of 3-tenement houses and multi-generational family living, made the transmission of a new, opportunistic virus especially concerting. Families with elderly loved ones living together with children and working age adults.

As the state of Rhode Island identified this area of immediate concern, testing and, now, vaccinations, have risen to an emergency level with an all out effort to get the spread of COVID-19 in this community under control. Knowing that many people who work in our nursing homes and front line workers also come from this area and the surrounding Blackstone Valley neighborhoods of Pawtucket and Cumberland, the urgency put Central Falls on a statewide, if not a national focus, in this battle.

In 2020, the Western Oil Company, a company that recovers used oil, which has 4 large, tall white storage tanks located in the heart of Central Falls, on the Lincoln line, began their plans to expand by 9 more tanks. Each tank holds 30,000 gallons. The four tanks now present hold 120,000 gallons of used oil. That would grow by 270,000 gallons to as much as 390,000 gallons, total – with expansion plans unstopped. Efforts to get zoning approval have failed and now the company is set to go to court to sue the zoning group.

A map shows the location of the property and its close relationship to two bodies of water. One, Scott Pond. The other, Valley Pond. It is Valley Pond that has direct access to Narragansett Bay, where the pond empties after a route that also takes it by Heritage Park and River island Park. The zoning board decision mentions Narragansett Bay as a primary concern.

Other concerns are from neighbors. They involve what happens in the tanks with the used oil. Toxins, water, and unknown odious gases leave the tanks when the oil is burned off, emitting them into the air and the neighborhood. Fried food smells are common. There is spillage danger, they say. And, fire danger.

Neighbors and former employees have said there have already been spills. Spills that were covered up – instead of dug up – and removed – or treated. Leaked oil caused by the height and weight of the tanks, aided by the pull of gravity are concerns for spillage into the waterways. Other concerns are around noxious fires that could happen – fires that could take considerable time to put out, with toxic smoke being spewed into the dense neighborhoods. They also site the noise of trucks through the streets, and the fact that current ordinances limit 30 feet to the height of structures, and the company is seeking a height variance. The community is also seeking an analysis of the soil surrounding the existing tanks.

Western Oil’s office is located on the Central Falls/Lincoln line off Lonsdale Avenue, near Walker Street, on Duchess Ave. Owners say they use contaminant barriers and inspect their tanks daily. The tanks four tanks have been onsite since 2008. Spokespeople have said this needed expansion might also need further expansion in the future.

Western specializes in the recycling of:

“Last year as City Council President, I forcefully opposed Western Oil’s proposed expansion which would more than triple the amount of oil tanks in a residential neighborhood and in close proximity to Valley Falls Pond. As Mayor, I continue to oppose this expansion, and have tasked our Law Department with defending the City’s objections in Superior Court.” – Central Falls Mayor Maria Rivera