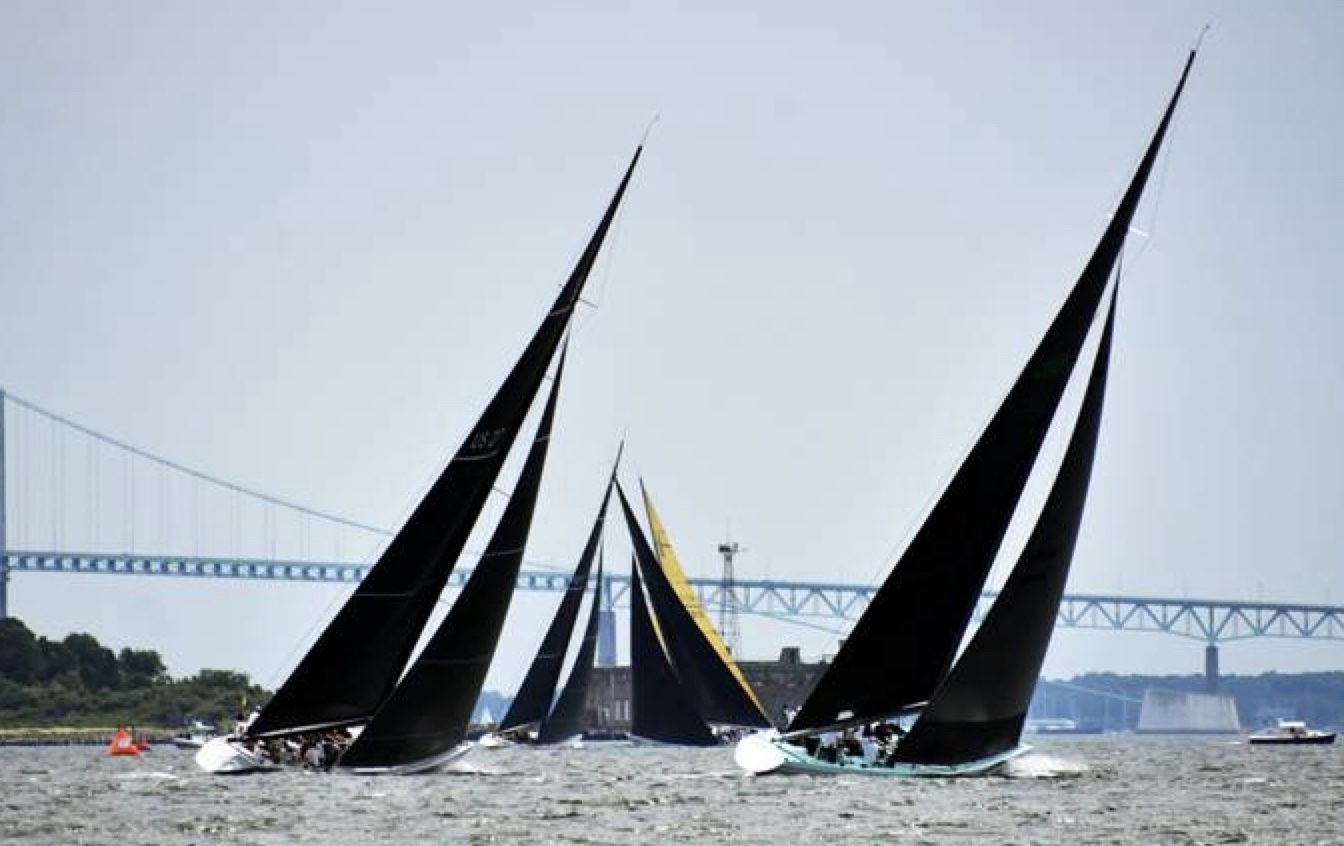 This summer approximately twenty twelves will compete at the 2021 12 Metre World Championship hosted in Helsinki by Finland’s premier yacht club, the Nyländska Jaktklubben (NJK) from August 12-24, 2021.

The 12 Metre Yacht Club (12MYC) is excited to announce the release of 12mR: An Enduring Legacy. Filmed during the 2019 12mR World Championship in Newport R.I., highlights include racing footage and competitor interviews paired with the experienced insights of the 12MYC’s Station Steward Gary Jobson who also wrote and narrated this documentary.

Filmed during the 2019 12mR World Championship at Newport RI, highlights include exciting racing footage and competitor interviews paired with the experienced insights of the 12MYC’s own Station Steward, Gary Jobson.

From July 8-13, 2019, twenty-two 12 metre yachts and more than 300 world-class sailors representing six countries converged on Newport to compete at the 2019 12mR World Championship. “The narrative of this film demonstrates why the people who race 12mRs are so passionate about the yachts,” said Jobson. “The feeling of sailing a twelve upwind connects sailors to the wind and the water in a way that makes you want to come back.”

Jobson summed it up, “The twelves will continue to thrive long into the future, because they are fun and yet challenging boats to sail. The 12 Metre Class is the epitome of what yacht racing is all about.”

America’s Cup, Olympic and World Champions are attracted to the 12 metres for the elite level of racing, the history of the Class and the raw power of the yachts themselves. For three-time Olympic medalist Jesper Bank who helmed Legacy (KZ-5), the attraction to this regatta was Newport and the 12mR history. His fellow Olympic medalist and Kookaburra II (KA-12) helmsman Torben Grael said: “It’s nice to race boats that were in the Cup…they are still very competitive…with many good sailors.”

An Enduring Legacy co-producer, Jamie Hilton added: “It was important for us to document the once-in-a-lifetime gathering of 12 metres at Newport for the 2019 World Championship. Not only did we want to capture the legendary racing fleet in action, but also the voices of the participants — many of whom had raced on the twelves in America’s Cup competition when it was held in Newport between 1958 and1983. Both American and international sailors were excited to be in Newport and ecstatic to be back on a 12 metre.”

Three “pre-war” twelves — Nyala (US-12), Blue Marlin (FIN-1) and Vema III (N-11) were shipped from Italy, Finland and Norway respectively, to race against the

United States’ oldest 12mR Onawa (US-6). American viewers will enjoy seldom-seen footage of these beautiful European wooden twelves sailing in Newport waters. In high-tech contrast, the three “plastic fantastics”— New Zealand (KZ-3), Legacy (KZ-5) and Kiwi Magic (KZ-7) — were together again battling for bragging rights in the Grand Prix division against Kookaburra II (KA-12).Although the competing 12 metres ranged in origin from 1928-1987, every yacht and her crew were ship-shape and fighting fit, each thoroughly prepared for world championship competition.

12MYC Commodore and owner of Challenge XII (KA-10) Jack LeFort is exuberant about the future of the 12 metre class in Newport. “This season we will welcome several new dynamic teams to our world-class racing fleet. And with the 12 Metre World Championship returning to Newport in 2022, we look forward to another highly competitive global event showcasing the legacy of our fantastic 12mR yachts.”