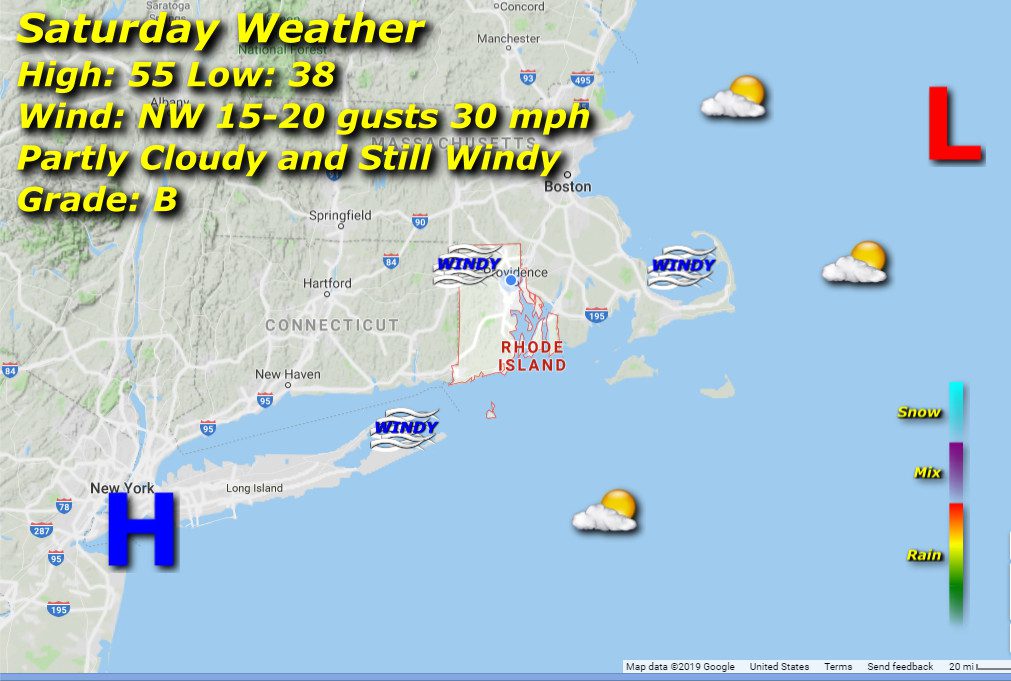 Same broken record pattern with high pressure to the southwest and low pressure to the northeast, giving us gusty northwesterly winds through the day. Still dry, so cloud cover will be scattered in the mid and high levels, keeping something like a cap on high temperatures, our highs getting to the upper 50’s from chilly morning lows in the upper 30’s.

May Day brings a slight change in the weather, as a warm front will slowly advance our way from the southwest, a bit more in the way of afternoon cloud cover, but any small chance of light showers should hold off until the overnight hours.Morning lows again in the upper 30’s warming to the upper 50’s with a lighter breeze shifting from northwesterly to westerly.