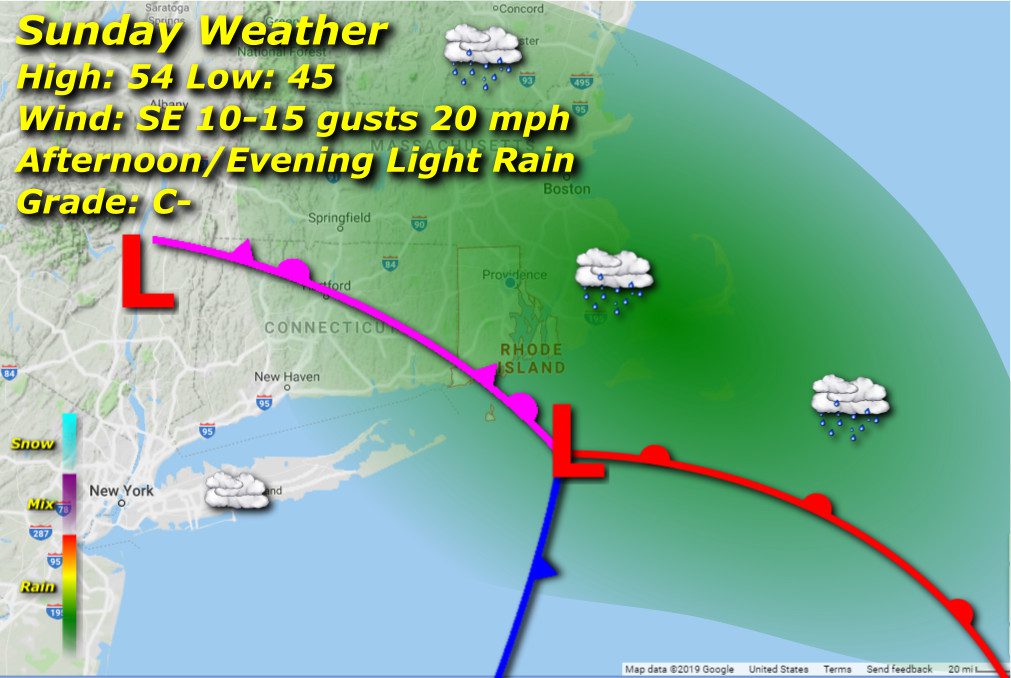 A slow moving occluded frontal system creeps by, generating some afternoon and evening light rain showers that will end sometime in the darkness of Monday night. Morning lows in the mid 40’s rise only to the predictably cool mid 50’s in the afternoon,with a light southeasterly breeze. First drops likely around 3-4pm.