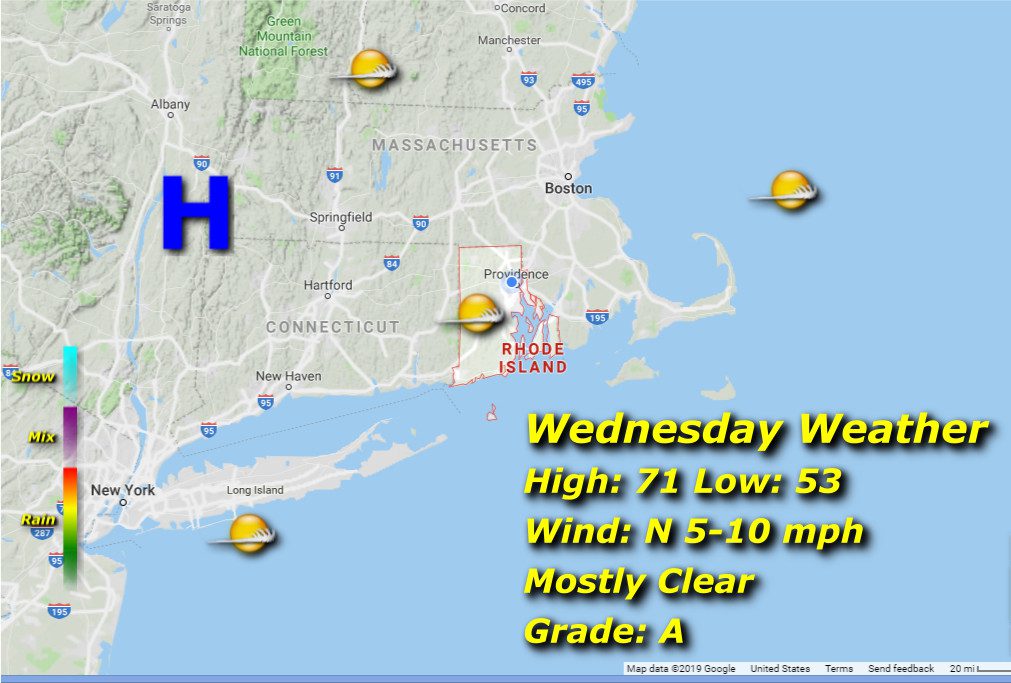 High pressure pushes in behind the exiting frontal system and clears away most of the cloud cover, so we’ll have a nice day with lots of sun.

Afternoon highs will be warmer in the sunlight, settling somewhere in the low 70’s from morning lows in the low 50’s with a nearly calm breeze.