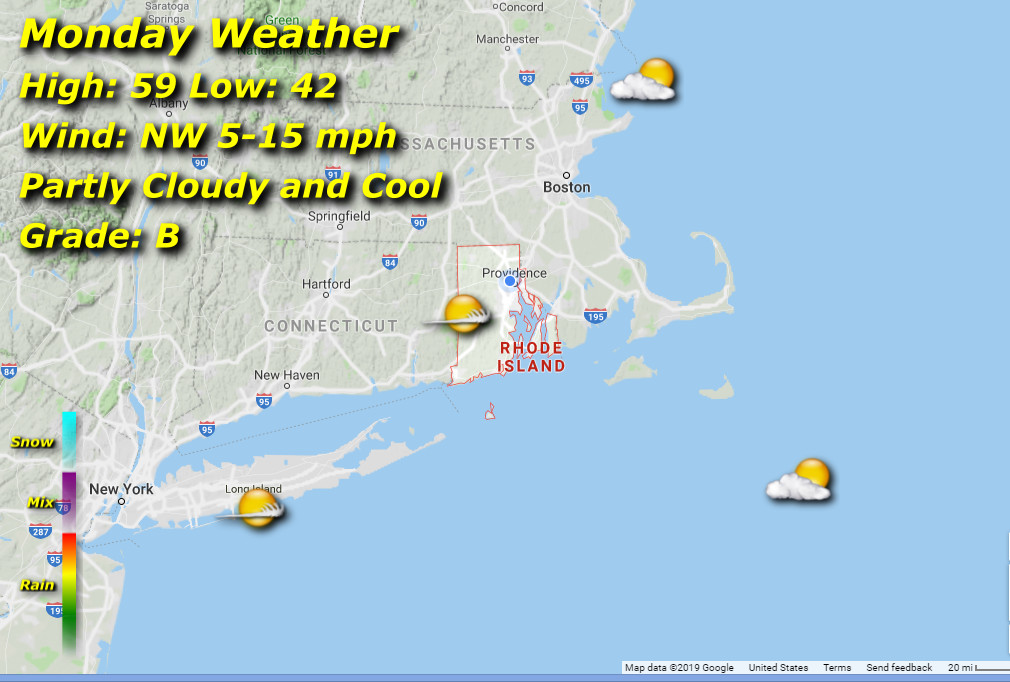 Northwesterly winds continue to usher in cooler air, typical Fall dryness with low dewpoints and afternoon highs in the upper 50’s from morning lows in the low 40’s. A few batches of cloud cover roll through, but showers should not be an issue outside of the northern mountains.