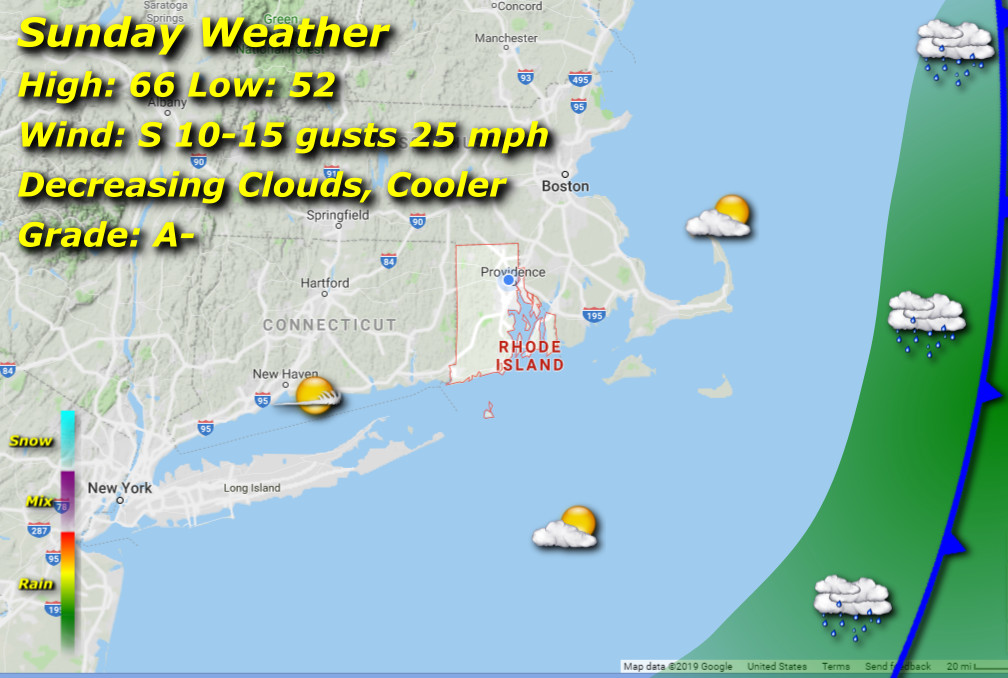 Early rain showers end before dawn, with diminishing cloud cover through the day. Afternoon highs will be noticeably cooler, reaching only into the mid 60’s with northwesterly breeze. Lows will occur in the evening, dipping down into the low 50’s.