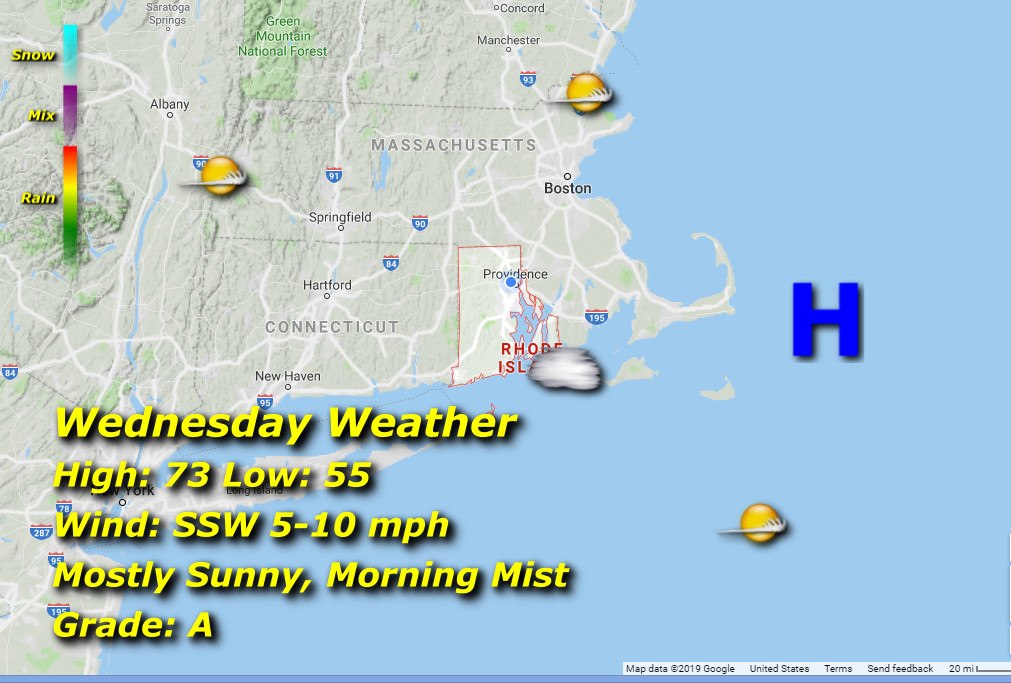 The pattern continues, high pressure slipping a little further to the south bringing winds from a south-southwesterly direction. Lots of sunshine with a high in the low 70’s after some sunrise mist and coastal fog and a low in the mid 50’s.