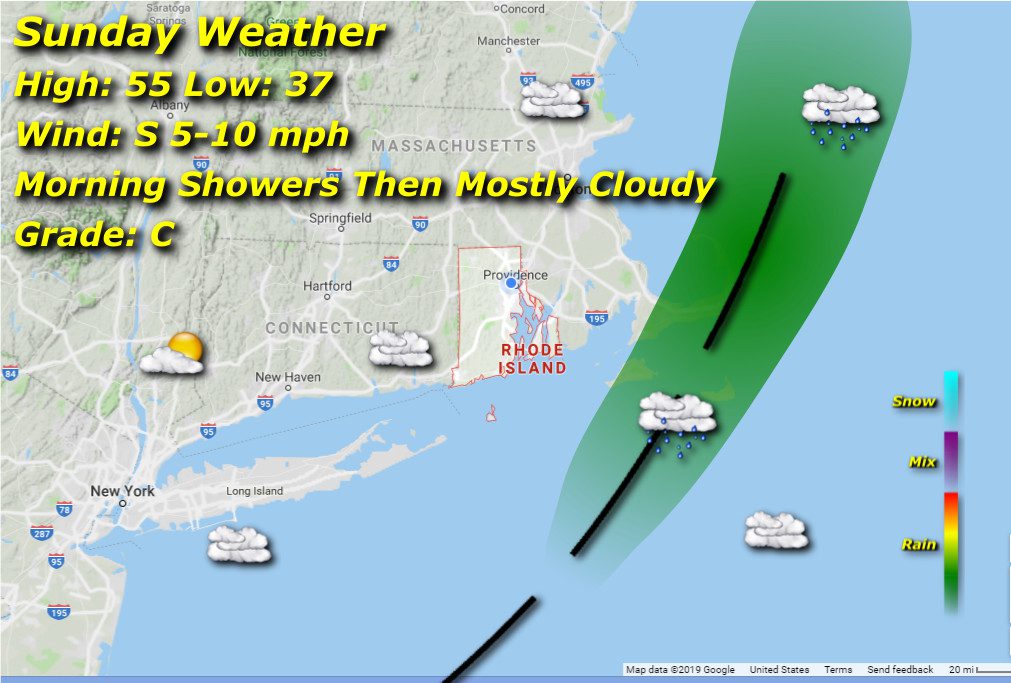 A weak trough moves through in the predawn hours with some light showers ending a bit after daybreak. Clouds will stick around for most of the day with a break or two before the next system rolls in. Morning lows in the mid and upper 30’s rise to the mid 50’s with a light southerly breeze.