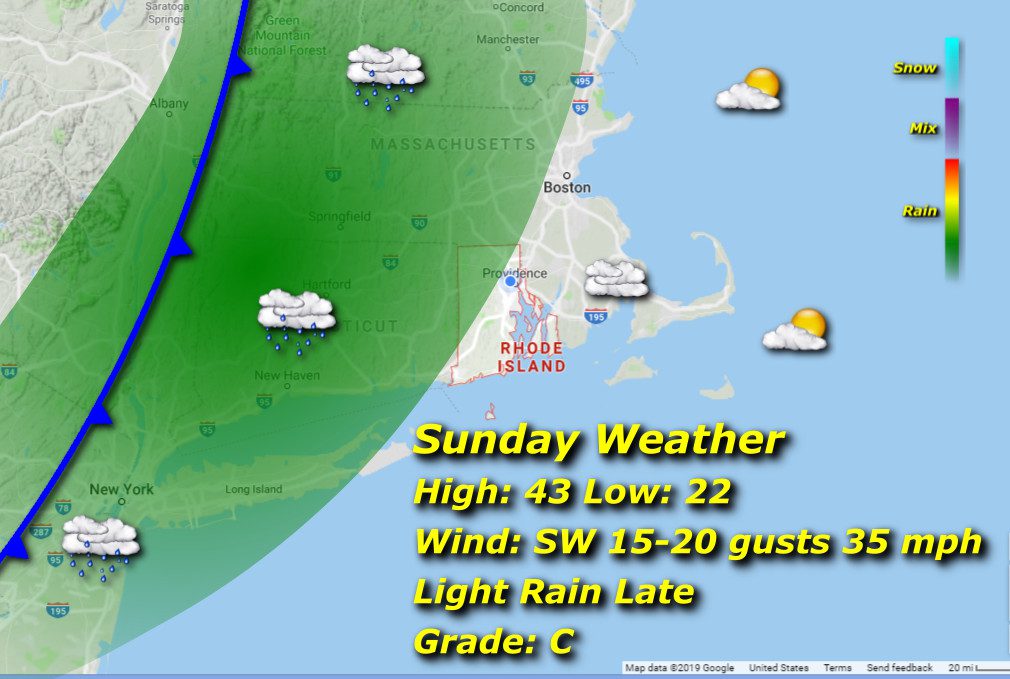 A cold front presses in from the west with southwesterly flow ahead dragging warmer air from the southwest, to our benefit in the form of afternoon highs in the low 40’s and morning lows in the low 20’s.

Southwesterly winds gusting in the 30-40 mph range, so the expected rain later on in the day could have a sting to it.