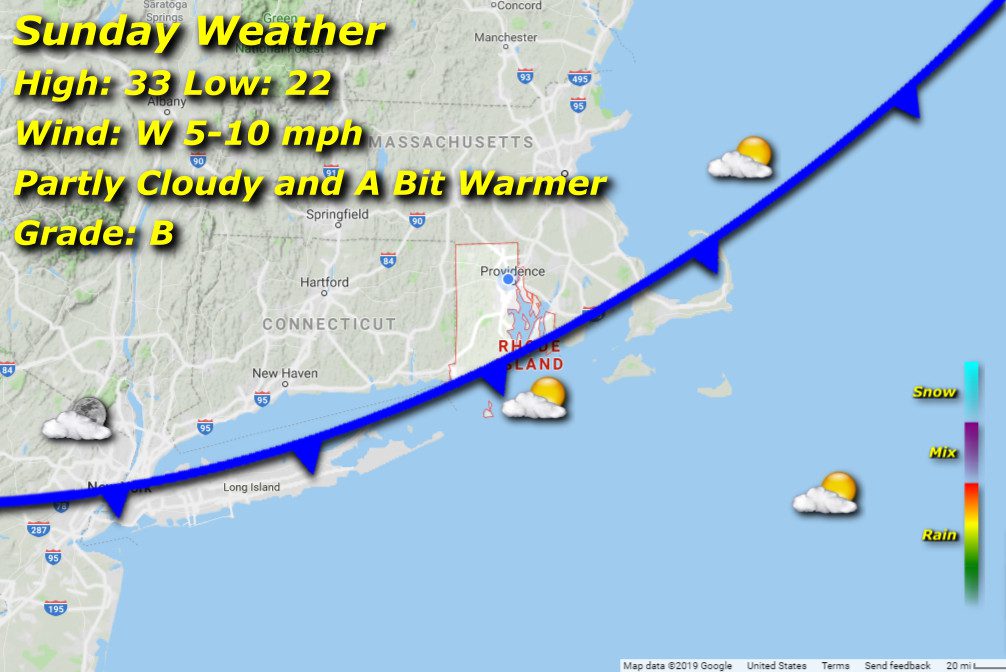 A weak cold front will move through in the afternoon, but only kick up some clouds, and not anything in the way of precipitation. A flake or two may flutter in the sky, but chances are slim. Morning lows in the low 20’s rise to the low 30’s with light breeze shifting to westerly.