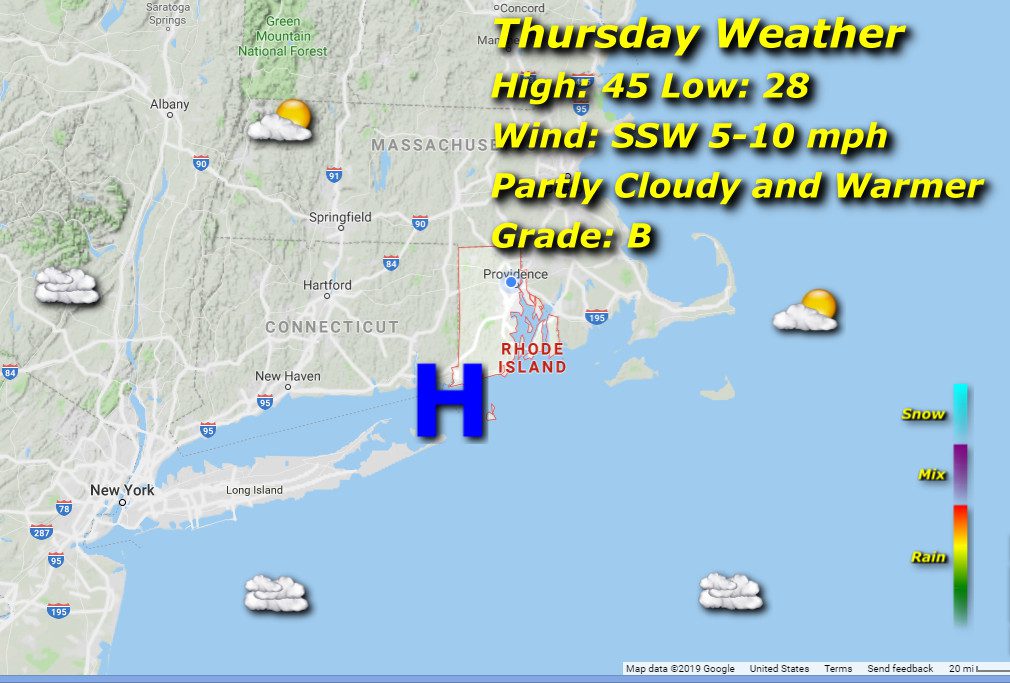 High pressure still sits in place and slowly churns warmer air into the area on light southerly winds. We’ll see temps warm from the upper 20’s to the low 40’s in the afternoon as cloud cover begins to thicken ahead of developing low pressure over the southeastern US.

Friday’s weather could be a little troubling.