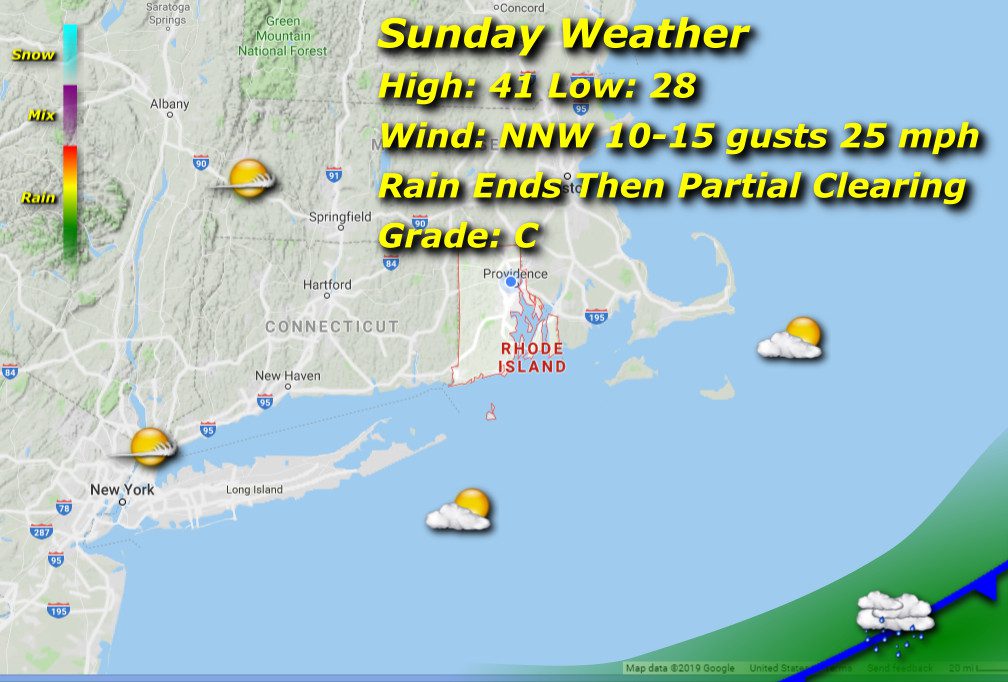 Storm system having mostly moved to our east, we will see more sunshine as we move through the day as dry air comes back again. Afternoon highs will top out in the low 40’s and finish out in the upper 20’s with a gusty northwesterly breeze.