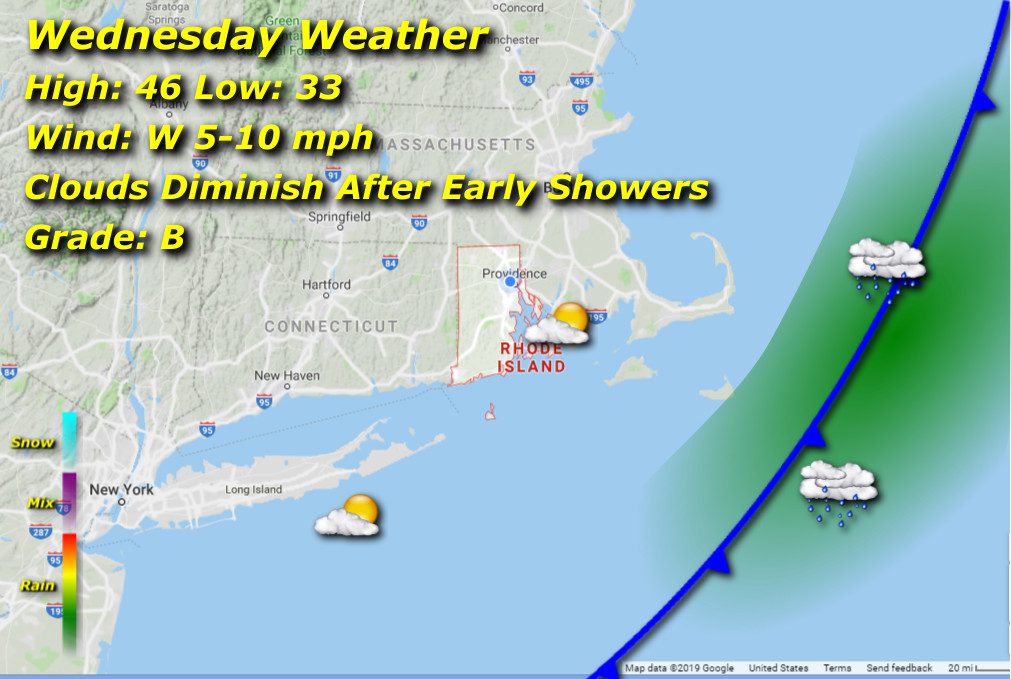 Light showers in the area will have passed, and cloud cover will begin to thin during the morning as light winds begin shifting to westerly. Morning lows around freezing rise to the low 40’s with the scattered cloud cover.

Another frontal system approaches from the west and threatens some light rain late at night.

To read ALL of John’s weather reports, go to: https://rinewstoday.com/john-donnelly/