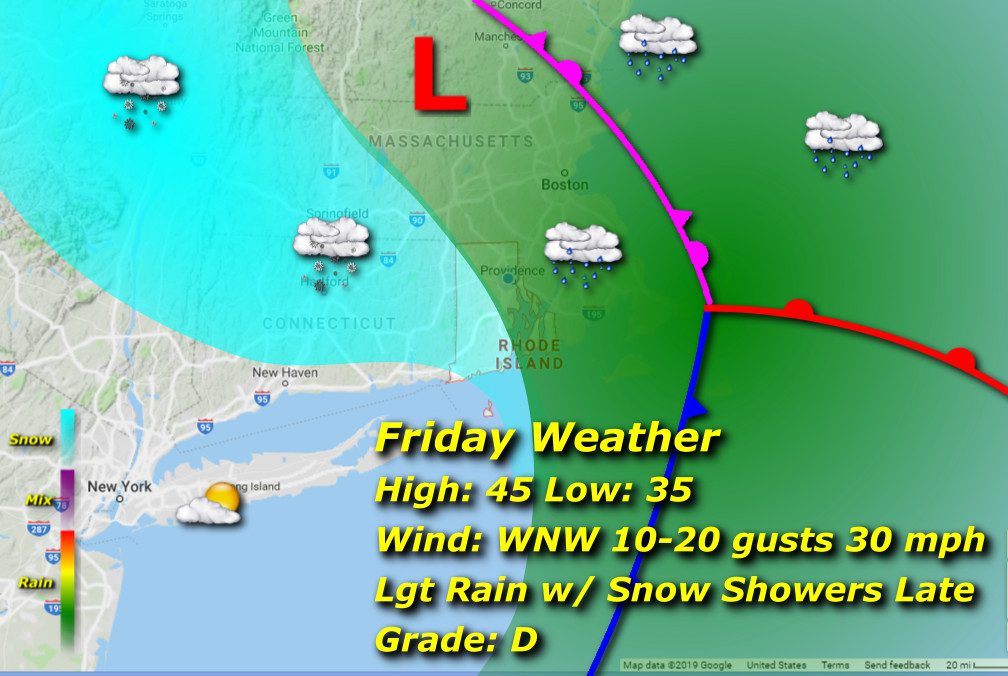 A low pressure system moves through the area with light rain continuing through late afternoon and ending with a few light snow showers mainly to the western elevated half of the state. No accumulation expected, just a preview of Winter. Lovely.

Daytime highs reach only the mid 40’s with evening lows in the mid 30’s with a wind shifting from southwesterly to northwesterly and increasing, with gusts towards 30 mph.