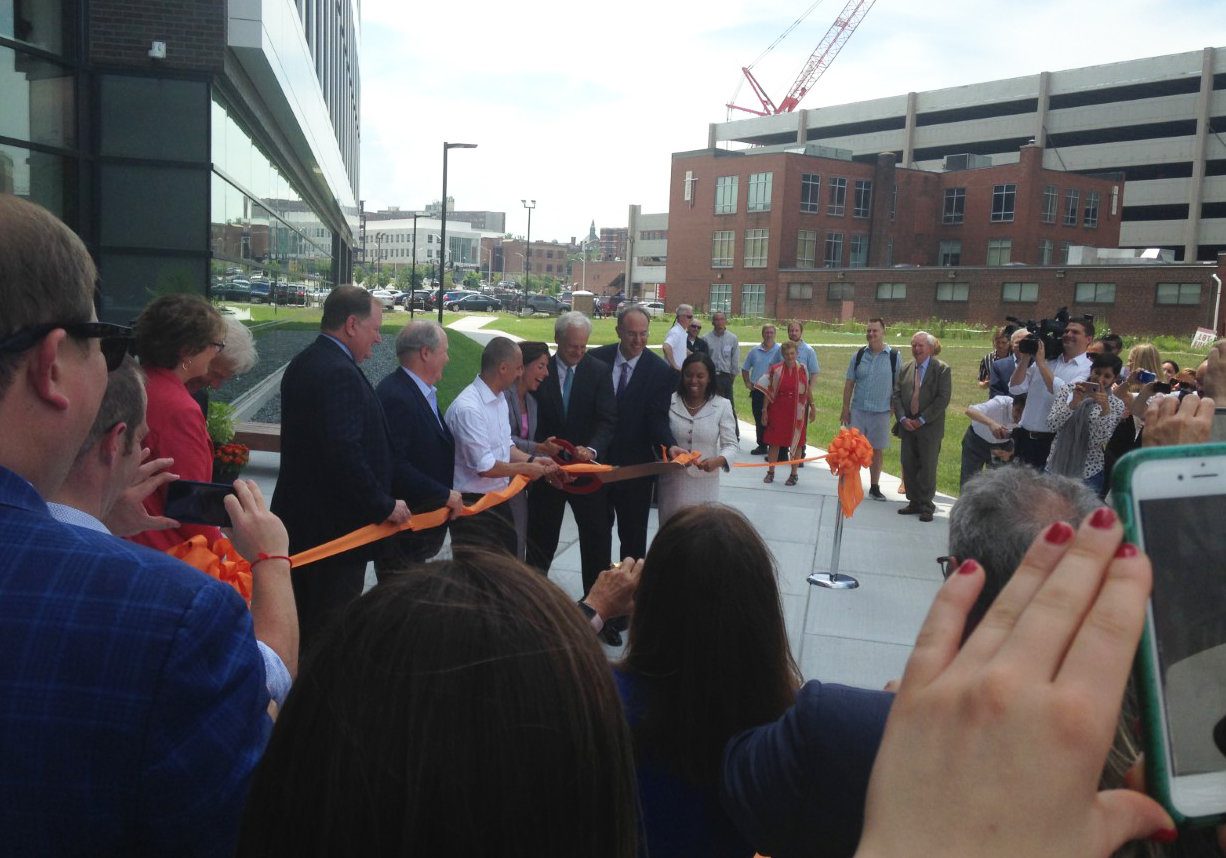 You can’t get there from here…

Without direct parking, access to the Cambridge Innovation Center proved to be a hurdle too high to jump

By Nancy Thomas for ConvergenceRI.com

Rebecca Webber, general manager of the Cambridge Innovation Center in Providence, is quite the spokesperson for the new building, known as the CIC building, more commonly known as the Wexford Center. After listening to a half-hour TV political show interview with her, and receiving an invitation for an informal networking group on the first floor, I set out to go there and see for myself.

Ideas of a fledgling business idea one day needing a home, bigger than my home office, danced in my head.

As any woman traveling anywhere these days – much less in an area of downtown Providence that closes up at night – I was duly cautious, but also sure that if an evening event was being held there, parking would be provided.

Those who run downtown evening restaurants know that if you don’t provide valet, your business model doesn’t work these days.

On the road
From Cranston to downtown Providence, mid-week, at 4 p.m., can be a little grueling on the highway, so I opted for an alternate Allens Avenue route all the way there.

I passed by the building, and thought I must have missed the parking lot. I went around for a second try and looked around. No indoor parking garages in the dark for me – so let’s look at on-street parking. There were a few spots – but they were not that close and left me doing yet another pass by the building.

This time I was looking for a possible underground garage – under the CIC building. I couldn’t see a sign. Surely this sparkling new building had parking provisions.

Three times is usually my limit – but I tried for a fourth. I pulled over and pondered for a moment. Then I proceeded straight on down Dyer Street toward Allens Avenue and the path back to Cranston.

Had I missed something?
Worried that I may have done something wrong, I wrote to Rebecca Webber, and received a reply from one of her staff telling me that there is no designated parking for the building on Dyer Street.

There were “some spots on Dyer” and most people used the South Street Landing Parking Garage. I pulled up a Google map, which told me that would be a five-minute walk. At 4 p.m., and 7:30 or 8 p.m.? Alone? No, I would not do that. That, in my motherly estimation, would be foolish.

Making good choices
I’ve always said to my executive daughters – make good choices – have your wits about you and don’t put yourself into situations of risk. That has included conversations about feeling invincible, or how not to try to be strong in a situation that gives you that instinct you need to listen to.

I was later told that eventually there would be a garage going up about a block away. But for now, I could try to find some other on-street parking or – I could ride share, “which many people do,” and then I could “get dropped right at the door.”

I think she meant Uber or Lyft. But, from Cranston?

Enterprising solutions
Recently, at a time when I had a difficult hip issue, I had a meeting at the University Club at noon. I’d been there many times before for lunch, and I knew that sometimes the tiny lot at the highest point of the steep hill would be full. That would mean a few passes up, down, and around, and usually a spot on Benefit Street, and a hike half way up the hill to the door. With my hip, this wasn’t a possibility. But I was extremely motivated to get there.

My creative solution was to drive in from Cranston to the Marriott Hotel on Orms Street. I pulled in to a parking spot and used my phone to request an Uber. By the time I walked to the front door of the hotel, my Uber was there to take me half way up the hill.

I know, I know, don’t tell the Marriott – but I do give the Marriott some business as the convenience is really so much appreciated. It’s easy to find parking, meet in the restaurant, the bar, or the lobby. Fetch your car, and zip onto the highway. No hikes in heels. No snow sloshing. No safety issues.

Maybe next spring
CIC won’t be seeing me any time soon, though I hope in the daytime to visit. Assuming there is a spot on the street to park. Maybe in the spring. But to have my office there? That wouldn’t be friendly – not to me, not to potential clients, and not to staff I hope to hire.

Those of us who work at home really like the opportunity to come together with others and network. But like many busy people these days, we’re rushing here and there – often hitting Providence more than once a day – and leaving one meeting on the way to the other. No time for anxiety-filled strolls on a dark downtown Providence street.

[I visited Innovate Newport recently, a beautifully renovated school building. Getting there is not an issue and parking is convenient in a sizeable lot.]

As I drove home, un-networked that night, I did have thoughts about one of those electric bikes. Or, how about a scooter? I wondered how it would handle the craters and the railroad ties on Allens Avenue. Oh, right, it’s programmed not to leave the city lines.

CIC? I can’t get there from here. But I’m waving from Cranston. Maybe in the spring I’ll try again.


Nancy Thomas is the founder of RINewsToday.com. She is a frequent contributor to ConvergenceRI.