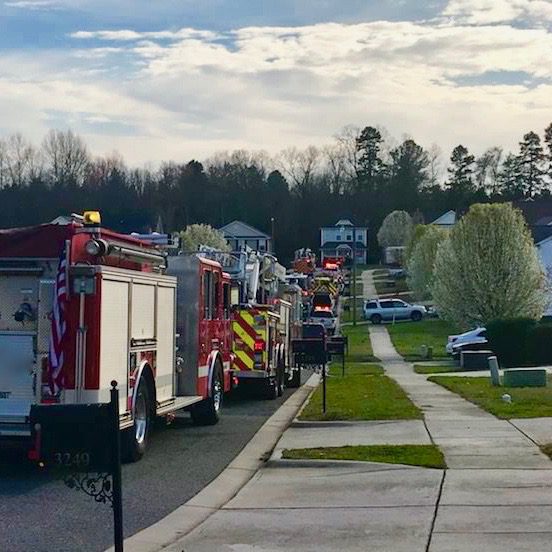 TOP STORY of Michael Morse in 2020: Why did you send a Fire Truck?

“Why do they send the whole Fire Department?” some folks ask when we arrive at their emergency.

“Why are you squandering MY tax dollars to pad your numbers?” those who know everything may ask.

“What a waste, all these people for a little old lady who’s dizzy!” somebody is bound to say.

We don’t mind, we’re not listening. We are busy assessing and treating the person we were called to help. People with nothing better to do are the ones who worry about things like having too many trained, motivated and qualified people show up at their emergency. People who think the world is against them, cynical people, sour, miserable people.

People who know better do not question why their Fire Department sends the appropriate amount of personnel to an emergency scene. They are simply happy that competent, well trained and equipped people showed up.

A little old lady complaining of dizziness very well could be having a stroke, and every second that she fritters away waiting to get medical treatment means loss of brain function. An advance team of medics cleverly concealed in a fire truck. is dispatched along with the ALS Ambulance crew, and more times than not arrives critical minutes before the transport and treatment vehicle. Those firefighters are every bit as trained and competent as their colleagues in the ambulance. They know how to assess, treat and relay information. They save lives.

The fifty-year-old guy with shortness of breath after exercising could be just an older guy who overdid it. Or not. From the time of the initial call to 911 was made, until help arrives, all hell could be breaking loose in his cardiovascular system. If the people at 911 dispatch chose to save the taxpayers a few nickels and not send the fire company along with the ambulance, “fifty” could very well be as far as he makes it.

Heart attacks happen. They happen all the time. Getting trained help to the scene is imperative. If I had one of those nickels that the concerned taxpayer wanted so desperately to save by “just sending the ambulance,” for every time a guy in his fifties thought he was just getting old, when he was actually having a heart attack, I’d have a ton of nickels.

The “person intoxicated” may be just that, and when the EMS crew arrives on scene to find the supposedly intoxicated person in a full-blown diabetic emergency – well, it’s a little too late to call for the troops. Sending the right people, the first time is just good management of resources.

Fire Departments do not dictate who goes on what calls. There are protocols in place, plans to follow, and proper responses to send. But try telling that to the concerned citizen who thinks that the world is out to get them. They will never understand that it is not all about them, and their beliefs. They see the world their way, and no other way is considered.

Good firefighters are also good medical providers. We respond when the tones hit, we do not decide who, why, or when those tones go off. It is far better to have more help than you need, than to need help, and not have enough people to give it.