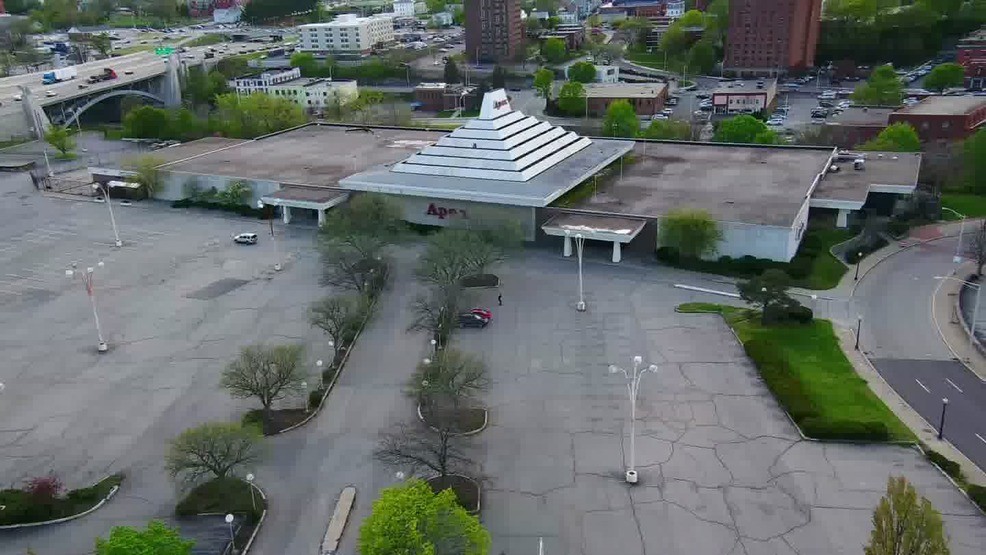 Pawtucket – The City of Pawtucket has taken the next step toward the acquisition of the “Apex” properties. Today, the City sent letters to the Pawtucket City Council and Redevelopment Agency (PRA) seeking amendments of the City’s Redevelopment Plan (Amendment 17) that would enable the use of eminent domain in order to acquire the five parcels. Years of regular, cordial, and good faith negotiations for purchase have, unfortunately, been unsuccessful.

As Pawtucket continues to see private and public investment in and around its downtown, including a new commuter rail stop, a proposed $300M riverfront development, a proposed $40 million mixed-use development near the commuter rail, Pet Food Experts corporate headquarters, Collette Tours expansion, Isle Brewers Guild, and a number of burgeoning small businesses, the time has come to move these properties forward with quality redevelopment.

“Pawtucket residents deserve a downtown that they can be proud of,” said Mayor Donald R. Grebien. “We’ve worked so hard with the Pawtucket City Council, the Pawtucket Foundation, local businesses, our state and federal elected leaders, and others to move downtown forward. While there is still much work to do, ensuring that the Downtown Gateway Project provides recreational and economic opportunities for our city will go a long way toward revitalizing Downtown.”

The Downtown Gateway offers the potential for a variety of mixed-use development and riverfront recreational opportunities. It is the City’s intention that after title to the Apex Properties passes to the PRA, the City and PRA will conduct a Request for Proposals to solicit the highest and best possible public uses of the properties consistent with the goals in Amendments Nos. 15 and 17 to the Redevelopment Plan. The City foresees that this site has the unique potential to be re-created as a dynamic (recreational) regional destination which will have a catalytic effect upon businesses in the Downtown.

The City has been in regular communication with representatives of the property owner, Andrew Gates, for years seeking to reach an amicable purchase. “We’ve been clear that it is the policy preference of the Administration and the Pawtucket City Council that an agreement to purchase be reached as opposed to the use of eminent domain,” said Jeanne Boyle, Commerce Director for the City of Pawtucket. “To that end, we have worked tirelessly to negotiate in good faith. However, after years of negotiations, we have reached a point where it appears as though the parties will not be able to agree upon a fair price. Eminent domain is a tool in the toolbox, that, while we did not want to exercise, will enable the acquisition of the properties so that Downtown Pawtucket can continue to move forward.”

A previous amendment to the City’s Redevelopment Plan, Amendment 15, that declared the “Apex” properties blighted was passed nearly two years ago in December of 2018 by unanimous vote of the Pawtucket City Council. As the City moves forward with the eminent domain process, it will continue to remain open to working with the representatives of the Gates family to bring development that improves the quality of life for our residents in our downtown.

The City would still vastly prefer to acquire the Apex Properties through a consensual sale. Accordingly, the City hopes that the Apex Ownership Group will continue negotiations with the City in order to attempt to finally reach common ground allowing for a consensual sale.

Editor’s Note: Late on Friday, various media outlets reported that the Apex owners feel as though negotiations can still work and the parties are not as far apart as is being portrayed.