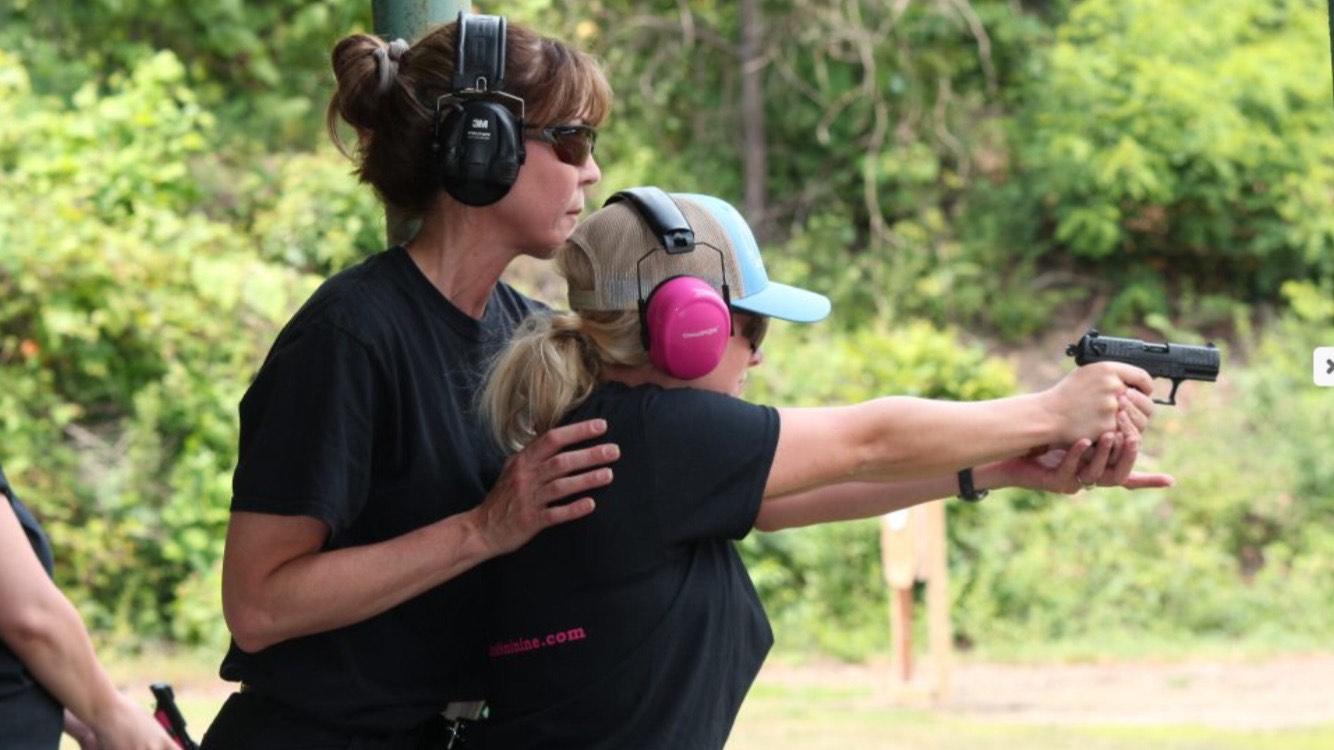 The RI Fish and Game Protective Association (RIFGPA) for the first time in its 100 years plus existence elected their first female line officer: Cara Woloohojian. Cara is pictured with retiring Secretary Andy Dickson. Andy was the Secretary for an exemplary 20 years, so Cara has some very large shoes to fill, but with the credentials and the work ethic Cara displayed this should make that a relatively easy task.

Cara is an avid Trap and Pistol shooter. More and more women are joining what was formerly considered primarily a man’s sport. Many decades ago, the NRA needed a nudge to embrace women in the sport. In 2020, the country saw the largest increase in women shooters. The effect of coast-to-coast riots and other unrest, plus calls to defund the police has caused fear in millions of people across the country, and the ranks of shooters – men and women, alike, rose from 60 million to 81 million plus!

The age span of women getting involved in the sport ranges from children as young as 4 to 92 and older. Lyndsay is one of the youngest shooters I’ve met. My daughter, Shannon, was also about that age when she started. Lyndsay celebrated her 4th birthday by going to RIFGPA and test firing her new “Cricket” .22 cal rifle. Lyndsay was thrilled with the “Cricket” due to the light recoil. Judging by Lyndsay’s enthusiasm we may have an Olympic shooter coming up in the ranks.

Donna, a current RIFPGA applicant, is also a Range Safety Officer for various events at other clubs. Donna is in a family that enjoyed hunting and target shooting. At some point she placed “becoming a pistol target shooter” on her bucket list. Today, she is a regular at RIFGPA pistol shoots where she competes for one of Michael Lombari’s “Truly Insignificant Prizes”. The flip side to Michael is that he is also a great cook so that also draws a lot of folks to the shoots. If I ever compete against Donna, she will have an advantage as she is a regular and I shoot once or twice a year.

A colleague of mine, Kelly Ann Pigeon, owns Armed and Feminine, LLC, in Pennsylvania. Armed and Feminine is a business geared for women shooters, however men are invited to participate. In this #MeToo world having female instructors makes it practical for close quarters’ training with female students.

Again, with the unrest in the country scores of women, whether they be empty nested, widowed, with traveling husbands or partners, or “Mama Bears” protecting their homes and children, or just about any demographic you can mention, want to protect themselves. That goes from learning about firearms to having security systems installed and taking self-defense courses.

Too often, calling 911 isn’t going to result in an immediate response, and there are far too many stories about restraining orders just being a piece of paper. Training in “Refusing to be a Victim”, Situational Awareness, and Pepper Spray are offered by Armed and Feminine, LLC, and are very popular courses, in addition to learning how to shoot, in this day and age.

Many of your students are damn good shots. Is that natural or is that a sign of your teaching skills?

Kelly Ann: Both. Women are more patient and tend to employ what they are taught. We don’t let them leave the range if they aren’t shooting good groups. I and my other female instructors can snuggle up to them on the range for support and calm instruction, which men generally cannot do. We create a comfort level that allows them to easily learn without intimidation. I use analogies they are very familiar with so they understand the fundamentals, ex: hanging three pictures on the wall above their sofas… sight alignment, squeeze the lemon… grip pressure, Jack Rabbit start at the stop light on their gas pedal…don’t jerk the trigger. So if you present the fundamentals in ideas they already know about, they’ll get it better. There have only been four people I have had to pull aside for a conversation that I felt should not touch a gun unsupervised.”

Do you have any other information you feel would be pertinent?

Kelly Ann: Women have been the fastest growing segment of gun owners in the past 5 years. In 2015, 1 in 10 women identified as a gun owner. Today, that’s 1 in 4. That’s huge! African American women are the fastest growing part of that growing segment. Manufacturers are feeling this uptick and are finally designing guns and gear directly for women, instead of using the “shrink it and pink it” philosophy.

With crimes against women on the increase, including some horrible crimes being committed by their own gender, women are encouraged to take these training courses. Rhode Island has some classes geared solely for women to increase their level of comfort. One may find that it is indeed a new hobby they would like to pursue. In some cases, the shooting sports are turning into a family event, with entire families or generations going to the ranges. Even my own Mom would go to the range. She is pictured with one of her toys she won at the RIFGPA annual raffle. Feel free to reach out to this writer for recommend facilities.

A ranking member of my club made a statement to me a while back that he did not like the idea of women in the sport!  Well deal with it, Mister, because this isn’t just a guys’ sport anymore!

My sincere thanks for Kelly Ann’s input and pictures.