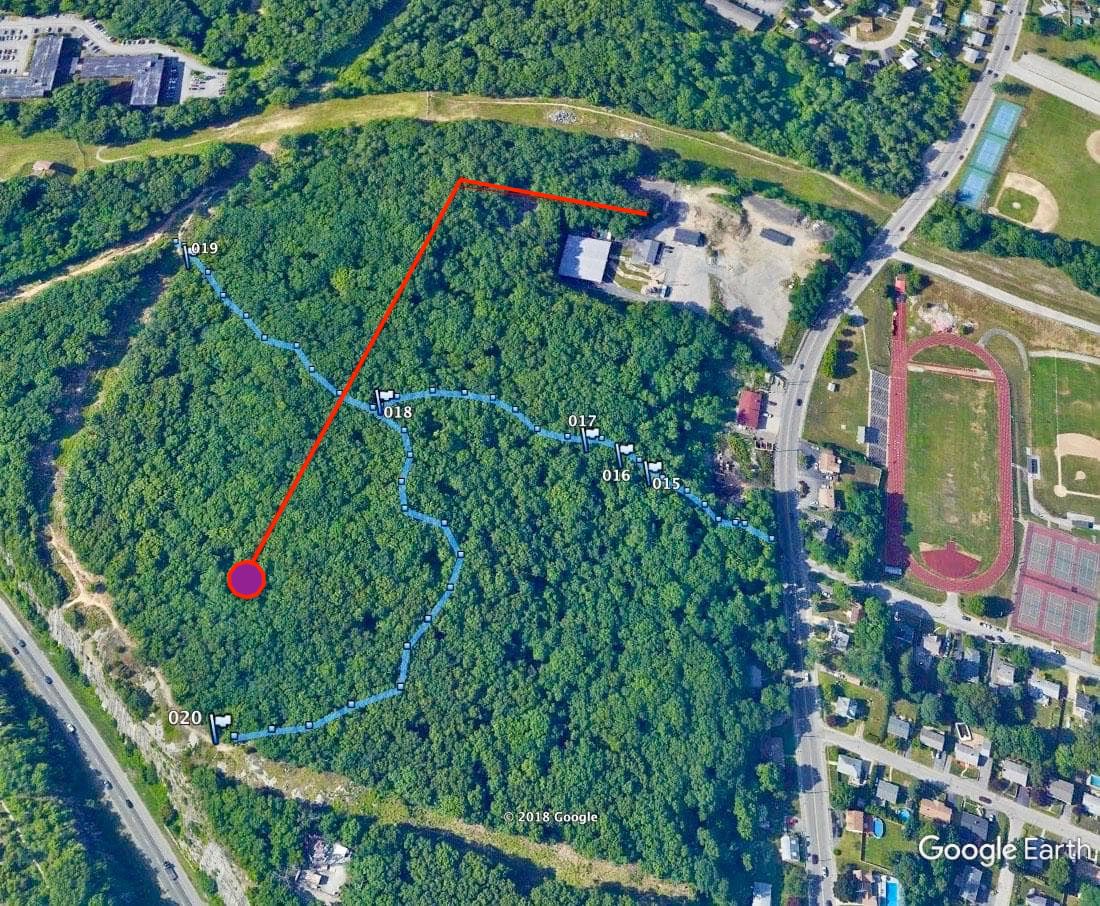 Take a walk on the wild side – in Cranston?

Paving the forest to put up a cell tower

Take a walk on the wild side – in Cranston?

“Can you hear us now?” Cranstonians seem to be shouting out about one more unplanned, disruptive commercial development. The developments have come quickly, without very much warning, and with a sense of mystery about them – from too-tall sign proposals, to solar array blight, to what has been called “a nightclub hiding behind a bucket of golf balls”, by one advocate.

It was a perfect day for a Walk, this past Saturday. And that’s just what two dozen people, including three Cranston City Council members did. Led by Councilman Steve Stycos, the group, which included Council president Michael Favicchio and Council member Chris Paplauskas went into the woods to see what they could find. (Note: Council members John Donegan, Paul McAuley and Ed Brady have said they have also walked the site).

What they found in this “old growth forest” off of Phenix Avenue, behind the police training academy and shooting range, were trails with an amazing landscape. “The land is a mix of old forest, boulders, rock outcroppings, and a steep ravine that bisects the property,” said Douglas Doe, President of the West Bay Land Trust, and a walker that morning. “This was the first time that I have walked through those woods. This area is a perfect candidate for conservation protection not development,” Doe added in a letter sent to the full Cranston City Council.

The Walk was inspired by announced plans to erect a cell tower on this property, with the access to construction requiring the destruction of many trees with an access road cutting clear through the land – and into the heart of this old growth forest.

The proposed project is to be built by Crown Castle Towers 06-2, LLC. Crown Castle is America’s largest provider of shared communications infrastructure, with more than 40,000 cell towers and approximately 70,000 route miles of fiber.

Doe went on in his letter, “How can the administration propose this lease on open space land without any apparent understanding of the impact of the project or how the road would be constructed across the steep ravine?”  The land has been forested since the early 1940s, and perhaps much earlier.

“Has the administration learned nothing from the Laten Knight Road interconnection debacle? Why wasn’t the Conservation Commission been notified of this proposal since open space land falls under their advisory jurisdiction? Why haven’t administration officials determined the possible impact to the land? Has the high school science department ever considered incorporating the land into science classes? The photo diagram attached to the proposal is woefully inadequate.

Doe requested that the matter be continued for one month so the site and road can be located on the property by stakes or surveyor’s tape and describe how they plan to cross the steep ravine. The Cranston City Council is currently scheduled to take up the proposal at its Monday August 26th meeting at 7pm at Cranston City Hall.

The Garden City Alliance, which has broadened its concerns outside of the immediate Garden City neighborhood and aligned itself with other Cranston associations on an issue by issue basis, is in opposition to the destruction of this natural forest land. In their statement, mailed to all members of the Cranston City Council:

“(the) Garden City Alliance is in full opposition to this lease agreement and what it would mean in terms of the destruction to this pristine forested land and the undeniable displacement of wildlife. The City Council must not support this type of legislation under any circumstances. I quote the Council’s statement from the Solar Performance Standards 2019:

‘the Council has determined that it is in the best interest of the City to protect and enhance the rural character of Western Cranston’.

We hold you responsible for following through on that statement and urge you to veto the above resolution showing a blatant disregard for our environment and an effort to thwart any opposition by not including the Conservation Commission”.

To learn more about this proposal, go to the link for the proposed resolution to come before the council: https://web.cranstonri.org/clerkdocs/2019Resolutions/Proposed/PhenixAveCellTowerCrownCastleTowers.pdf