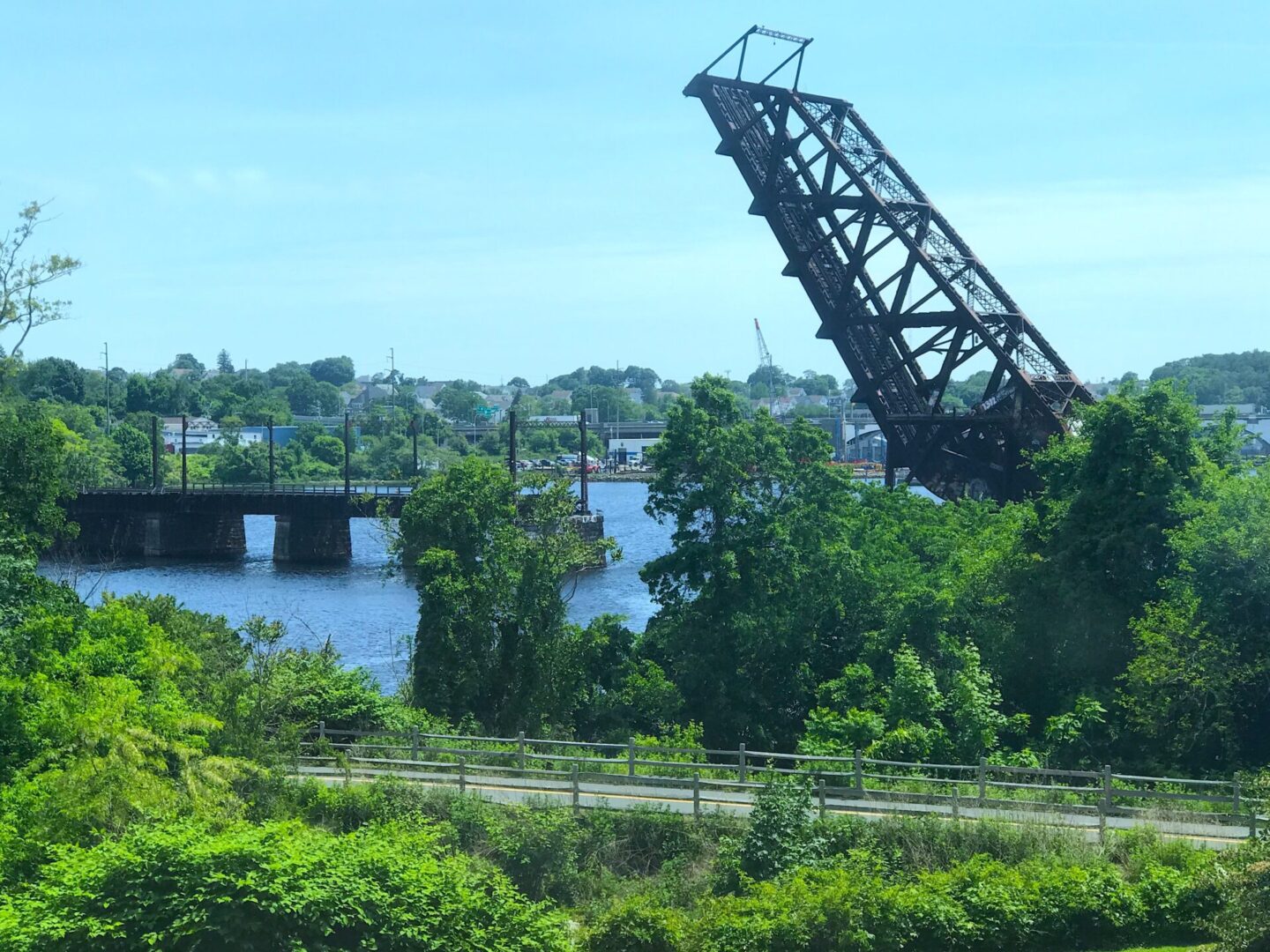 As usual, city authorities, including Mayor Elorza, are trying to find new ways of screwing up Providence by throwing non-existent money at it. In this case, they want to take a perfectly good old 1908 bridge, stuck engagingly in the up position for half a century, and turn it from a local icon into bad art.

The Rhode Island Department of Transportation, which owns the Crook Point Bascule rail bridge, has set aside $6 million to tear it down. But lots of people like the bridge as a landmark that seems to wander around as you drive or walk near India Point and the eastern edge of Fox Point. It is a bit of history, a relic of the era when 300 trains a year passed through the city, sending manufactured goods to market after their production here in exchange for materials to make more such high-value goods. Those were the days when Providence saw itself as sitting on top of the world. Its civic leaders enjoyed a map of the eastern seaboard with “trade arrows” pointing to markets throughout the world. They chuckled at piker cities with the gumption to pretend to be our rivals, powerhouse-wannabe cities like Boston, New York, Philadelphia and Baltimore.

The bridge might not bring all that to mind for most who see it, especially those ignorant of Providence’s past glories. But its monumental stuck-uppedness – sign of an oops that we can attribute to the past – demands attention.

According to the Providence Journal, GoLocalProv.com and other news outlets, Horsley Witten Group & Jonathan Harris, an engineering firm headquartered in Sandwich, Mass., has won a design contest held by Elorza for ideas on what to do with the bridge. As described in planning-speak (which the Journal reporter has done a fine job of emulating), the Horsley plan:

[r]epurposes the iconic landmark and its surrounding area, preserving a piece of the City’s historic infrastructure while reinvesting in an inviting new public space.

In short, destroy the village (oops, the bridge) in order to save it.

The city, says the firm, should take what makes the bridge appealing – its olden rusty form sticking notably upward – and cover it up with bad art glowing with LED lights. That way, nobody will care about it anymore, except for teenage boys (of all ages) who will enjoy throwing rocks and stones at it in order to knock out its illumination. The designers suggest future sites for affordable housing nearby, perhaps in order to provide a steady stream of unruly teenagers (just kidding!). With new art replacing the old railroad ties, suddenly the bridge will become worthy of demolition. But nobody will be eager to pay $6 million to replace a railroad monument (tarted up or left alone) with nothing.

What should be done is what sensible people would do who recognize that post-pandemic Providence has far better ways to spend its own or federal taxpayers’ money. The rust and the upward tilt of the bridge should remain. The graffiti should be zapped off. A barrier to prevent people from climbing the erect part of the bridge (occasionally to jump off) should be built. A historical plaque should be installed to explain the bridge as part of the city’s robust manufacturing and infrastructure history. When such a project is done, nobody who visits it would recognize that it has been renovated. It should look much as it looks now. Or, if this is somehow unpalatable or too costly, it should be left alone.

A pedestrian and bicycle path now leads from India Point Park (which would be plenty of park for most neighborhoods) along the edge of the Seekonk River, past Blackstone Park and onto Blackstone Boulevard. Let these users who would approach closest to the bridge enjoy it as it is.

My mother-in-law is lucky enough to have the Bascule Bridge as the centerpiece of her third-floor view from the Wingate senior assisted-living center next to the old IGA. (You’ll never guess what that stands for!) I would pen these words of warning even if her dear self did not live there, and even if I did not enjoy the prospect from that height. In fact, this is my second post on the subject. A monument that is largely free and always very interesting should be left alone to connect the city’s past to the city’s future without molestation from civic leaders who cannot think of anything better to do with our tax dollars. Enough!