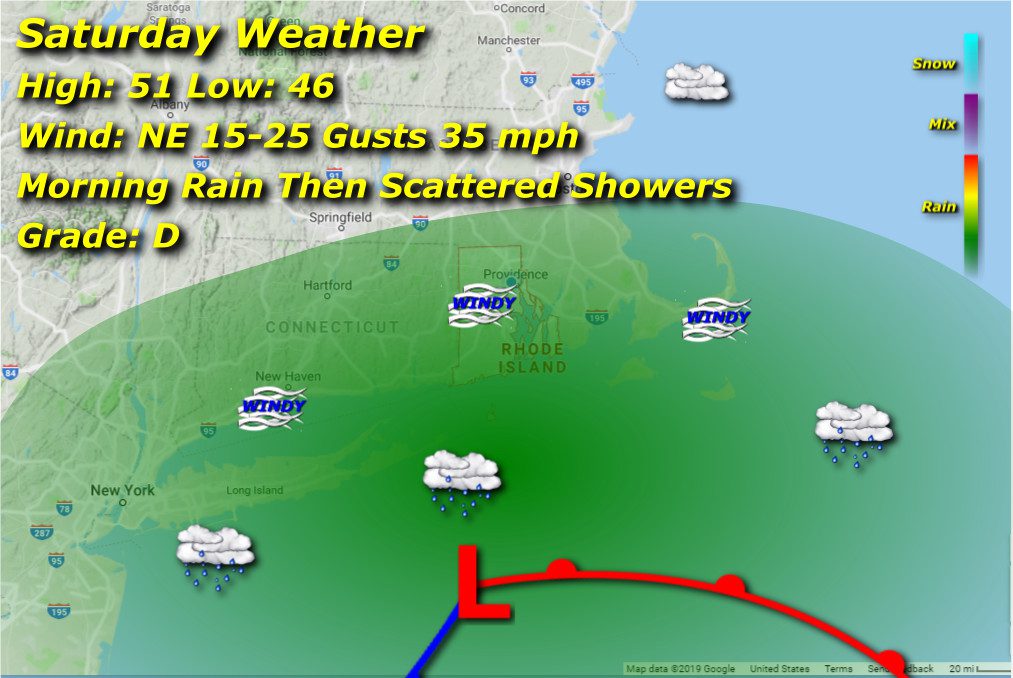 A rather lousy weekend begins as a fairly strong low pressure system moves offshore south of New England. We’ll get some steady light rain lasting through the early morning, then tapering to light showers for the remainder of the day. Lots of wind, out of the northeast and gusting to 35 mph. A tight temperature range with highs around 50 and evening lows in the mid 40’s.

Drizzle comes to an end in the early morning with gradually thinning and scattering cloud cover through the afternoon as the low pressure area moves further to the east. The strong northeasterly winds hang on through the day, gusting to 35 mph.