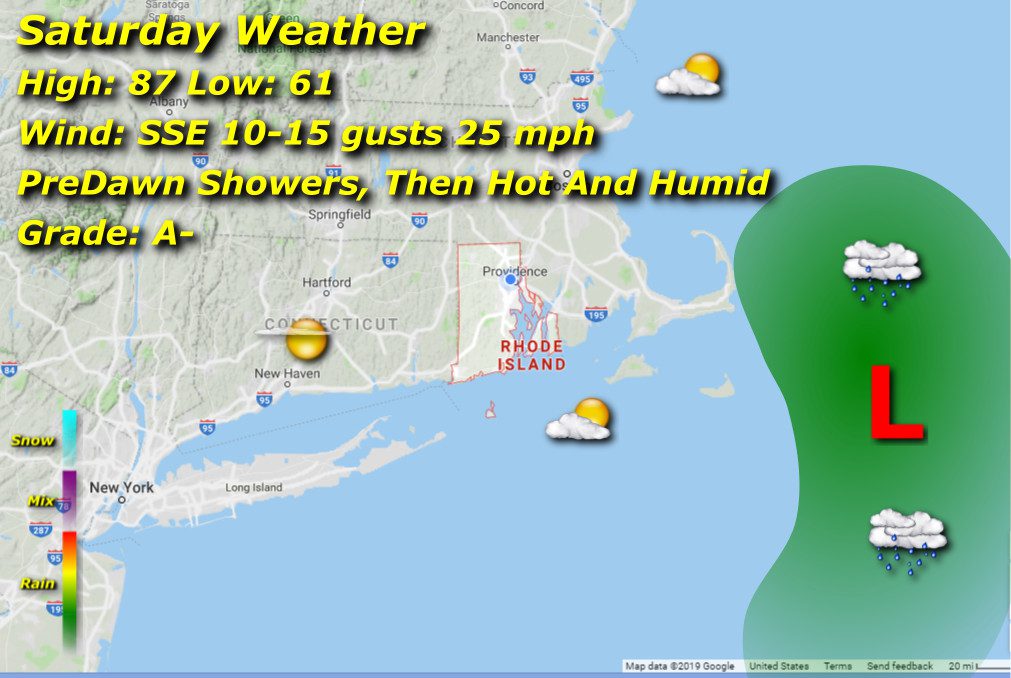 After some overnight showers pass through the area, We’ll have morning fog breaking up after sunrise. Southerly flow will then help bring the heat for the afternoon, highs expected in the mid and upper 80’s from lows in the low 60’s with winds gusting into the 20’s.

The heat remains, afternoon highs in the upper 80’s and morning lows in the upper 60’s, southerly breezes gusting into the 20’s. A cold front to our west will try to move in with the slight chance of an evening shower.