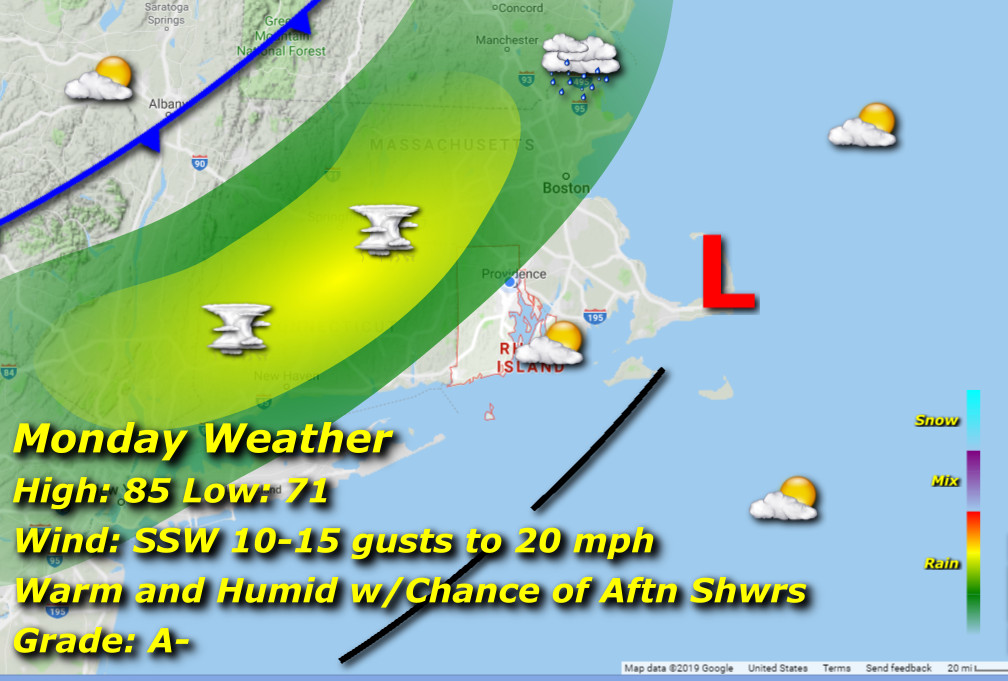 A weak area of low pressure moves toward the sea and leaves behind some instability that another front to our northwest will use to produce some scattered showers and even some thunderstorms during the afternoon. Most of the activity will be to the west and northwest of the city, the ocean effect quelling the intensity before anything reaches the southern half of the state. Still warm, with afternoon highs in the low to mid 80’s up from humid morning lows in the low 70’s with a breeze generally from the south.