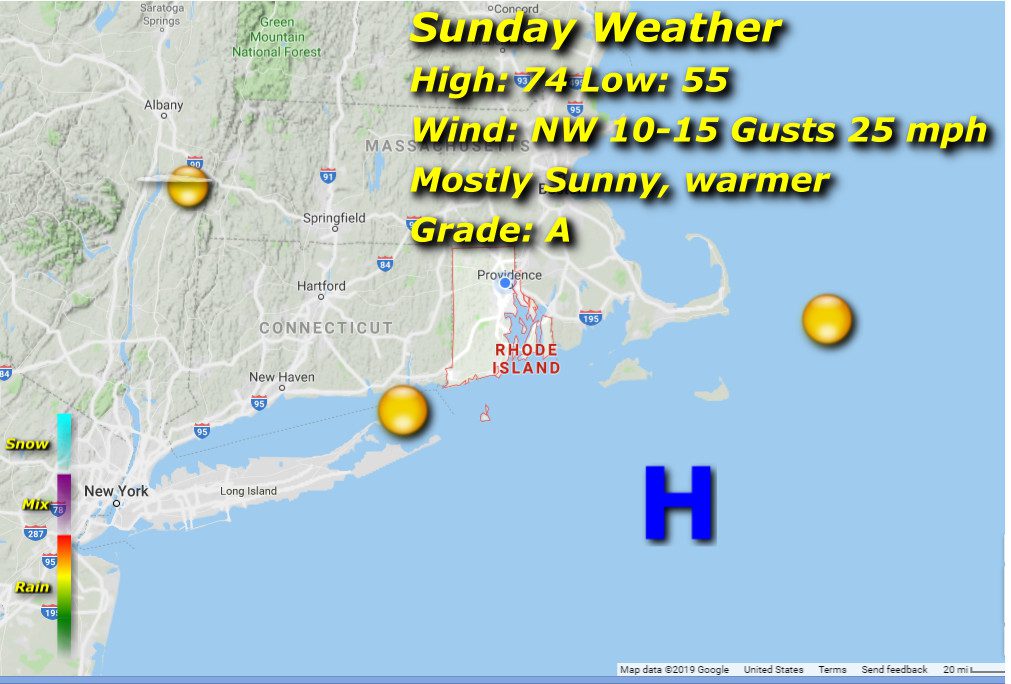 High pressure settles in nicely, with lots of sunshine and warmer afternoon temperatures topping out in the mid 70’s from morning lows in the upper 50’s. A northwesterly breeze will keep the dry air fresh, some gusts popping around 25 mph.