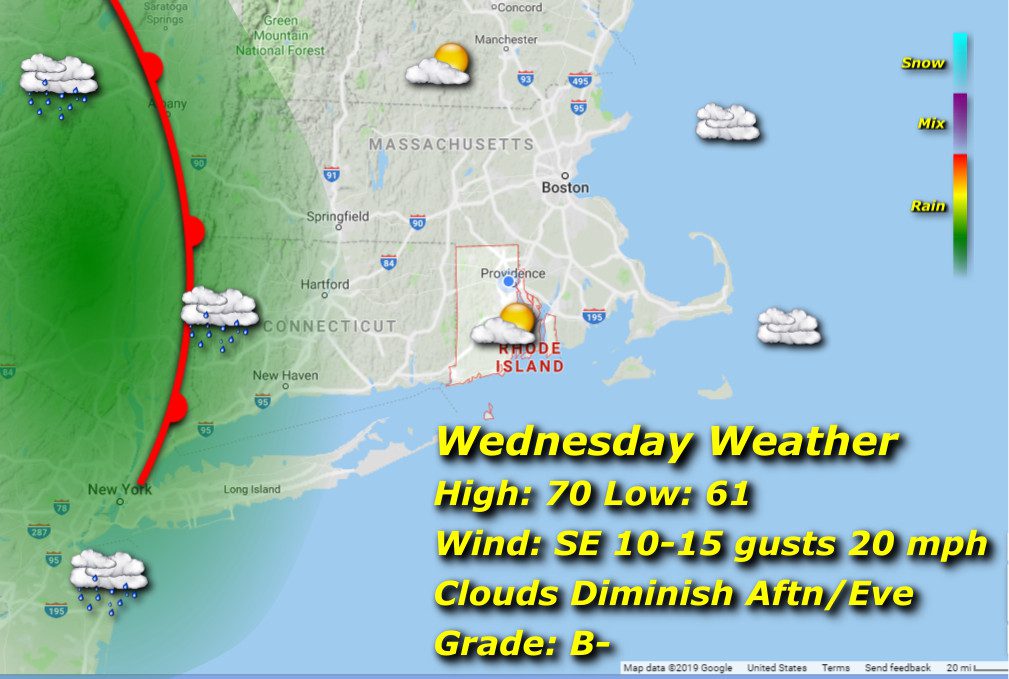 Our warm front gets held back to our west as some impulses swing through in the morning, with a slight chance for some scattered light showers.

Cloud cover should thin during the afternoon, but high temps will only get to about 70 from morning lows in the low 60’s with a southeasterly breeze.