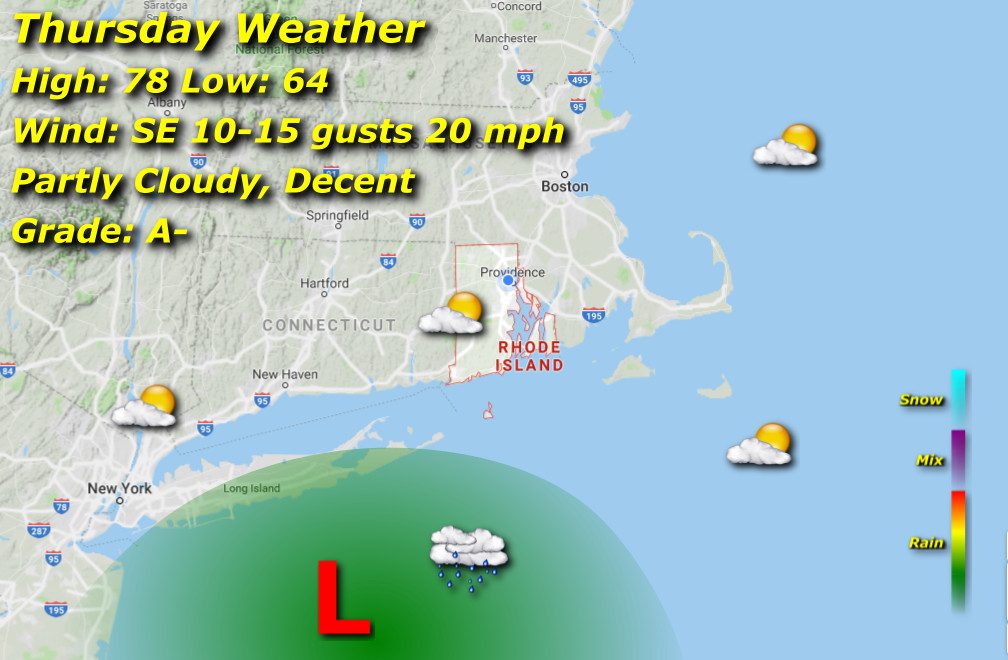 A weak low pressure area forms over the central Appalachians and swings out to sea south of us, so we’ll be spared any rain. We’ll see some scattered cloud cover on a southeasterly breeze, but that’s about it. High in the upper 70’s with lower dewpoints, after a morning low in the mid 60’s.