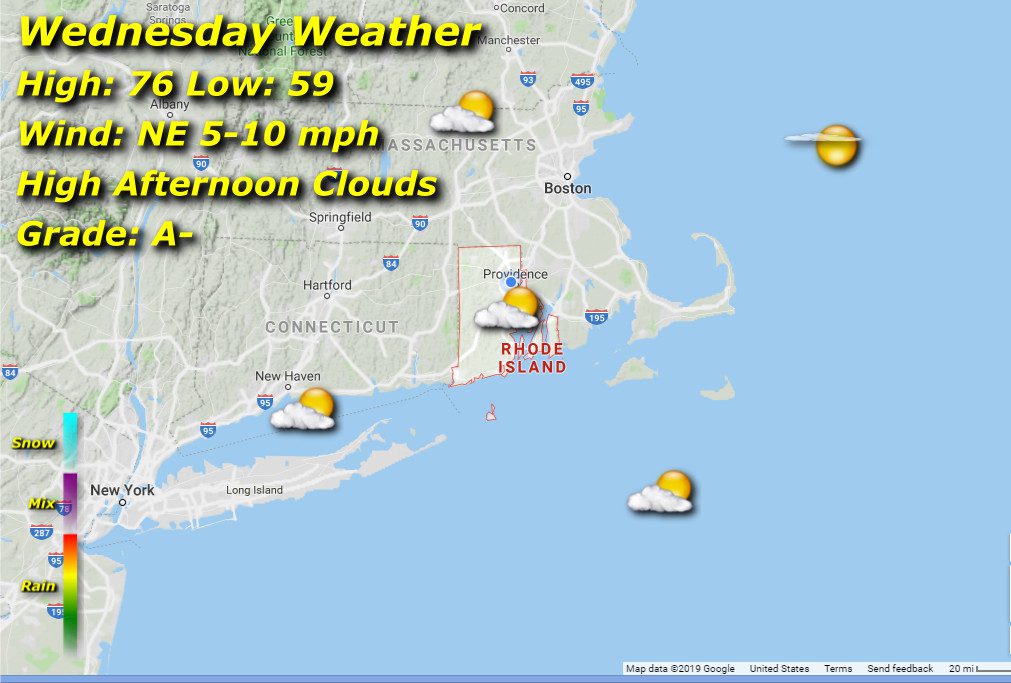 Similar setup to yesterday with the only difference being some added high cloud cover as we move through the day moving in from a midwestern low pressure system. Cool morning lows in the upper 50’s followed by afternoon highs in the upper 70’s with a light northeasterly breeze.