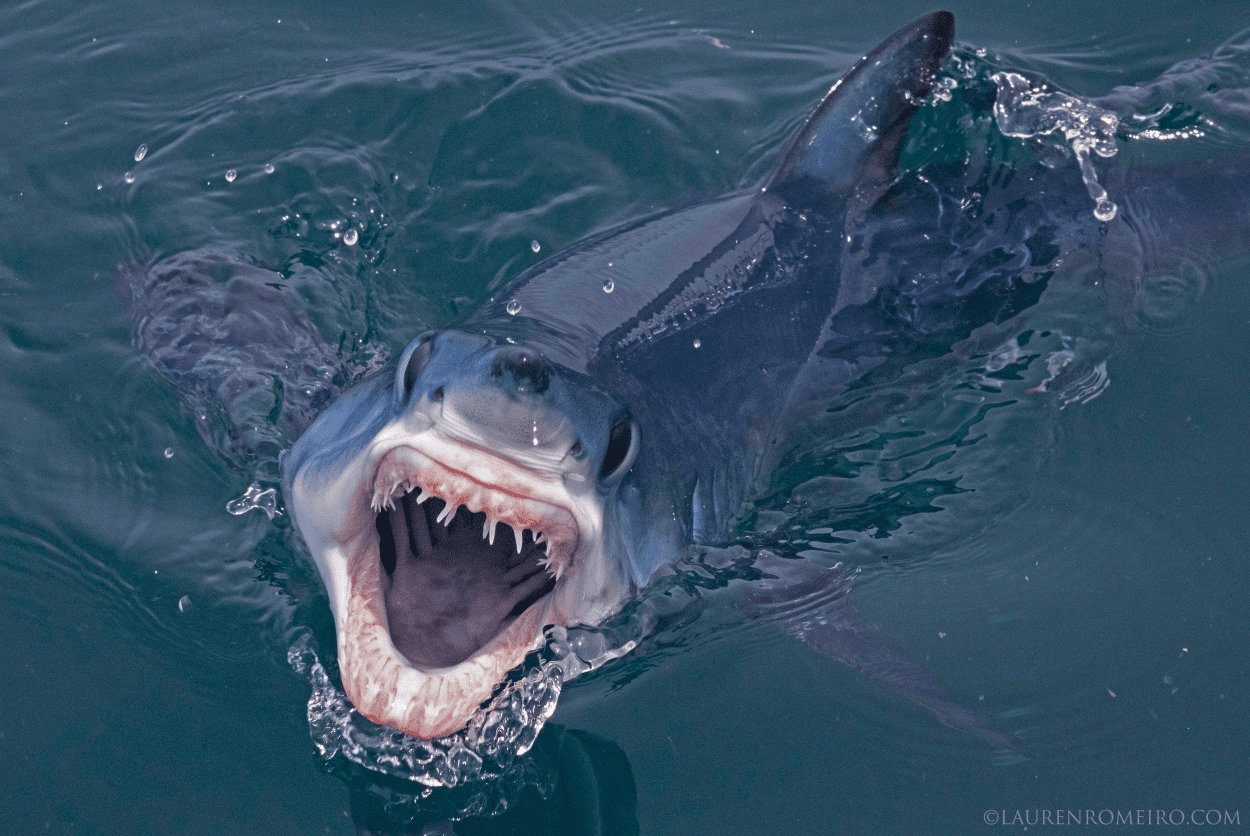 Joe and Lauren Romeiro are no strangers to shark filled waters. This well-respected wildlife film team from Rhode Island have no problem diving into the ocean depths to get up close and personal with sharks of all kinds, all around the world.

The Romeiros will be bringing their global shark adventures to Shark Week 2021, an annual summer tradition airing on the Discovery Channel and discovery+ now through July 18th. This South County couple’s documentary special will be featured on discovery+ in Return to Shark Vortex on Saturday, July 17t h at 8:00 p.m.

The couple also worked with Hollywood Director Eli Roth for his documentary Fin along with Executive Producer Leonardo DiCaprio, which exposes the global shark fin trade. This is streaming now on discovery+.

Lauren will be featured in a Shark Week commercial about her lifelong goal of becoming a shark filmmaker – the same childhood dream shared by her husband, Joe. The couple is also the spotlight of a partnership commercial between Shark Week and T-Mobile about the work they are doing to protect sharks in Rhode Island, using non-invasive, cutting-edge technology.

The Romeiros’ lifelong mission is not to paint sharks negatively as villains, rather to create appreciation for and understanding of this wild animal in its natural marine habitat. “We lose three sharks per second in the world, and soon sharks will face extinction if we don’t lead the way on conservation,” states Joe, who notes that shows like Shark Week take an honest look at what’s happening to these animals, such as overfishing, so people can be aware of the damage being done to local shark populations. “Our goal is to showcase sharks as beautiful creatures that are critical to our ocean ecosystem, and to fight for their survival as a species. With the dangers facing shark populations today, it is critical that we find non-invasive ways to study these animals that do not disrupt their natural behaviors.”

Joe is an award-winning wildlife cinematographer and executive director of 333 Productions LLC based in Rhode Island. His photography and cinematography work has been featured on Discovery Channel, National Geographic, BBC Wildlife, Lionsgate Pictures, Animal Planet, and more. He has spent thousands of hours working with sharks and is heavily involved with research, outreach and education on their behavior. Joe is the foremost mako and blue shark expert in the world, filming these animals throughout the season to study their movements and locations. He has also filmed the largest makos caught on camera for Shark Week. Joe has worked with many respected colleagues in the field to bring to light some of the world’s first information about shark behavior. He and his wife, Lauren, are respected naturalists, and outspoken, dedicated advocates for shark and ocean conservation worldwide.

Lauren is a marine scientist and photographer/cinematographer who graduated from the University of Rhode Island with a B.S. in marine biology (2016) and a master’s degree in oceanography (2017). She has been featured on the Discovery Channel, National Geographic, Lionsgate Pictures, and ESPN and is one of just a handful of female underwater cinematographers featured on Shark Week. She is currently leading a study on their research vessel R/V WARFISH out of Wakefield and has quickly made an impact in the shark world in the area of socialization, mating and hunting behavior.

Joe and Lauren Romeiro are underwater wildlife cinematographers and photographers based in South County, Rhode Island who specialize in sharks. They own and operate 333 Productions LLC, an award-winning, full-service production studio, and the research vessel R/V WARFISH. Website: 333productions.com