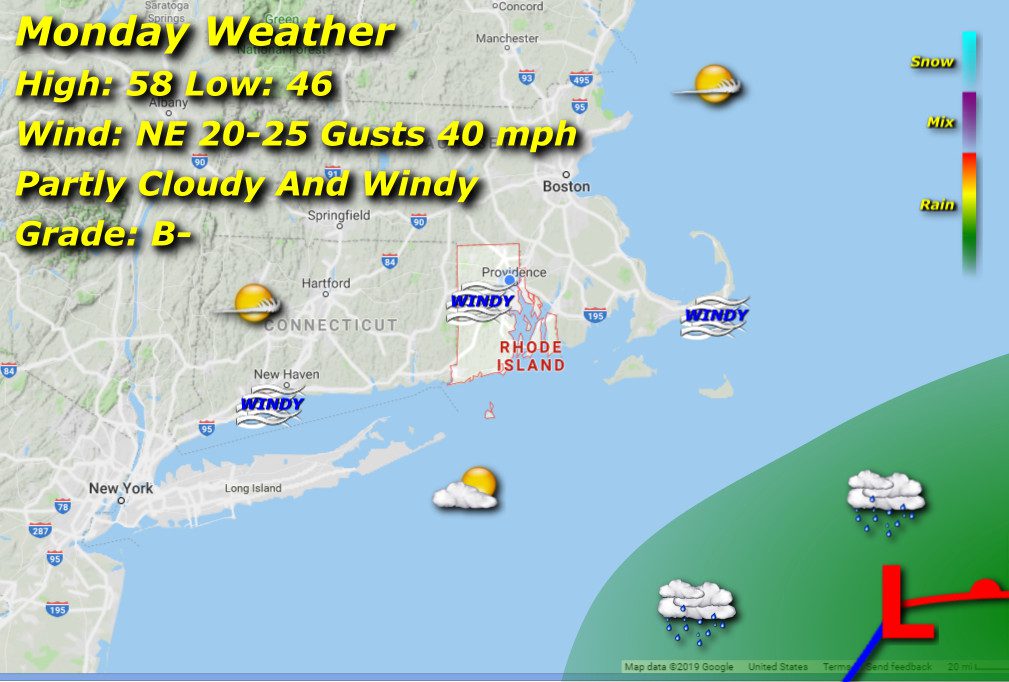 The stubborn and deep low pressure area lingers off of the New England coast. High pressure moving down from the St Lawrence Valley keeps the pressure gradient high, which translates to continued high winds. Cloud cover will be scattered at best with no chance of rain. Morning low in the mid 40’s will warm to the upper 50’s in the afternoon with northeasterly winds gusting to 40 mph.