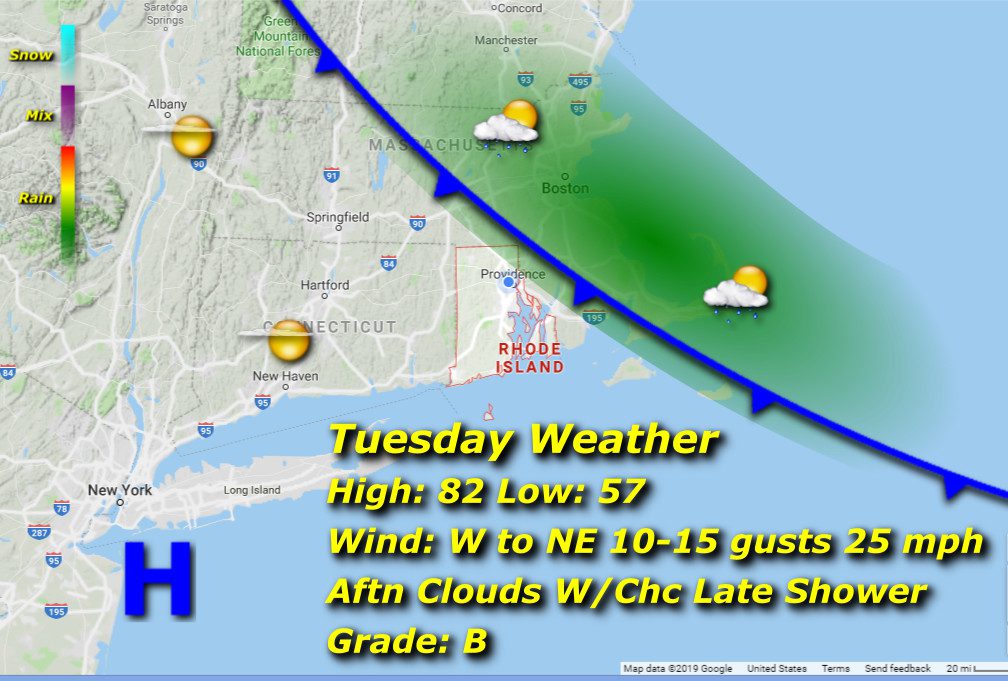 A nice start to the day could get a little dicey later as a back door cold front drops in from the northeast and sets off some scattered light showers mainly to our northeast, but they could creep in by late afternoon or early evening. Late morning high in the low 80’s dropping to the upper 50’s after the front comes through. Winds will shift from westerly to northeasterly with the frontal passage as well, gusts up to 25 mph.