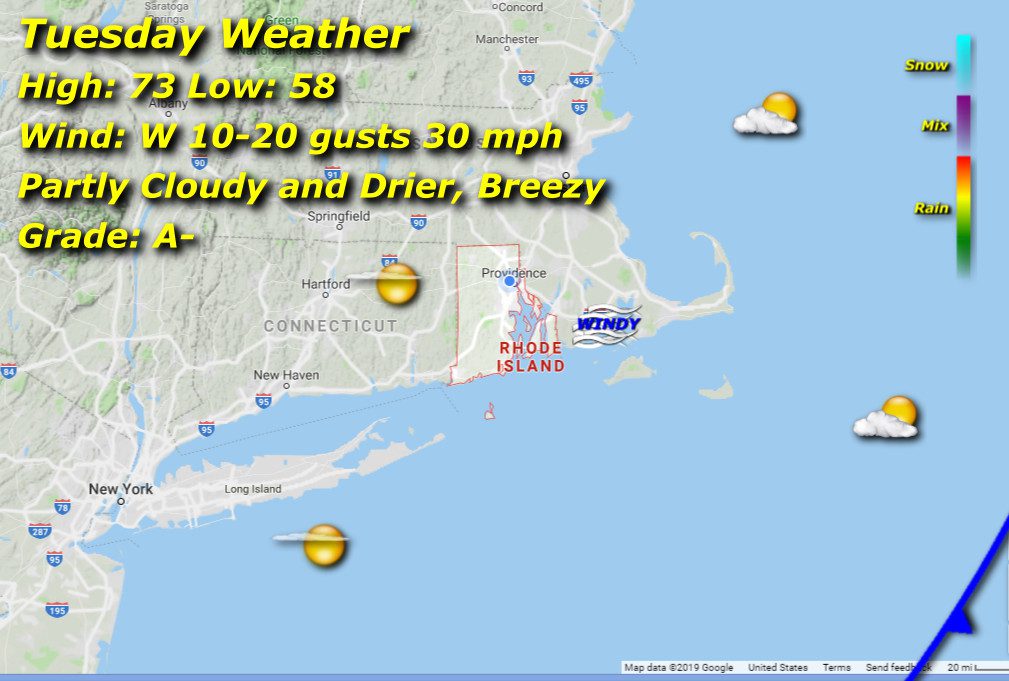 Drier air moves into the area behind the cold frontal passage, but still warm, with afternoon highs in the mid 70’s from morning lows in the upper 50’s. The breeze will be up out of the west generally, gusting towards 30 mph at times. Some midday cloud cover will be around, but no chance for rain. Just fair weather clouds.