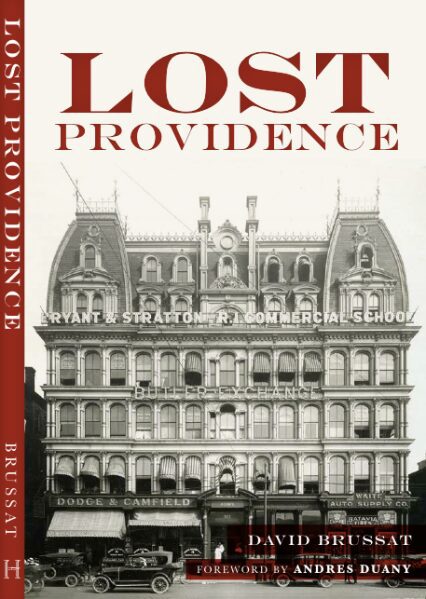 It may not yet be three strikes you’re out for the developers, but neighbors who want to preserve their little nook of history just off Benefit Street have persuaded the Providence Historic Preservation Commission that a plan to plop modern architecture into their midst needs more work.

The commissioners asked developer Joseph Furtado and architect Friedrich St. Florian to return with more details on two aspects of their plan. The first would relocate 59 Williams St., a small Victorian cottage, a few feet closer to the street. That would make room for the second – a new duplex townhouse, and possibly one or two more, to be built on the other end of the property, at 6 John St., after cutting down its historic wooded area.

Naturally, the neighbors are concerned about the woods and the relocation of the cottage. Yet the neighbors seem less concerned about the modernist style of the duplex, even though it, more so than the relocation of the cottage or even the loss of the woods, would rob them of the historical character that undergirds the beauty of College Hill and the value of their own houses.

A more traditional rendering of duplex from June submission. (HDC)

Many of those who testified against the project at last Monday’s HDC meeting via zoom, and the commissioners themselves, voiced levels of concern that a modernist house was “out of character” with the neighborhood. But the witnesses’ hearts really didn’t seem in it. They assured the commissioners that they don’t object to a modernist style – “just not here.”

“I’m not against modernism as some people are,” said Lily Bogosian, adding nevertheless that “we know how things ought to look in this neighborhood.”

This ambiguous attitude seems to have emboldened architect St. Florian to replace the gabled roofs of the third story balconies in an earlier version of the duplex, which the commission saw last June, in favor of flat roofs while adding “ocean liner” railings to the balconies and larger windows of a more modernist character.

These features suggest that St. Florian was eager for his design to doff its cap to founding modernist Le Corbusier. St. Florian’s respect in Rhode Island rests primarily on his traditional and pleasing designs for the Providence Place mall and the World War II Memorial on the National Mall in Washington, D.C. – big projects that made his national reputation.

It is odd that after these triumphs he has, late in his career, returned to the abstract modernism he favored as a young RISD professor. Even more curious is his willingness to risk the project, in the face of the presumed sentiments of the community, by shifting the design of the duplex much further toward modernism as the HDC process moved into an even more contentious phase. But with even the neighborhood singing the praises of St. Florian, who can blame the developer for his confidence in the architect?

Of the 6 John St. version of the duplex unveiled last week, St. Florian said: “I think this is going to be one of the most beautiful new additions to College Hill,” adding, “I am proud of this design.” Later, he chided the neighbors, arguing that their “personal opinions” are not “judgments.” Huh?

Altogether, opponents of the project raised so many objections to moving the cottage and giving “conceptual approval” to the duplex design that the commission voted unanimously against its own staff’s recommendation to approve both. Regarding the cottage, the staff had determined that “the proposed relocation and construction is architecturally and historically compatible with the property and district.” Regarding the design of the duplex, it determined, again, and without evidence, that the duplex design was “historically compatible” with nearby houses and the wider district.

That the staff was capable of making such recommendations testifies to the modernist sympathies of almost all professional preservationists, who keenly feel the pressure of elite opinion. Commendably, the commission properly deferred to the more sophisticated sensibilities of the neighbors, in spite of the reluctance of many neighbors to oppose modern architecture in a historic district (or at least this one) as vociferously as they should.

Developer and architect are likely to return in November with a plan that does not move the cottage. But, picking up on the neighbors’ all-too-typical architectural ambivalence, the architect seems unlikely to retreat from the modernist design of the duplex. This is a contest of wills, and the will of the neighbors is weak in this regard. Whether the commissioners will continue to have the fortitude to push back, on behalf of the neighbors (and the city), against both their staff and the developer remains to be seen.

Largely unnoted modernist addition to cottage sits behind wall but can be seen from street. (HDC)