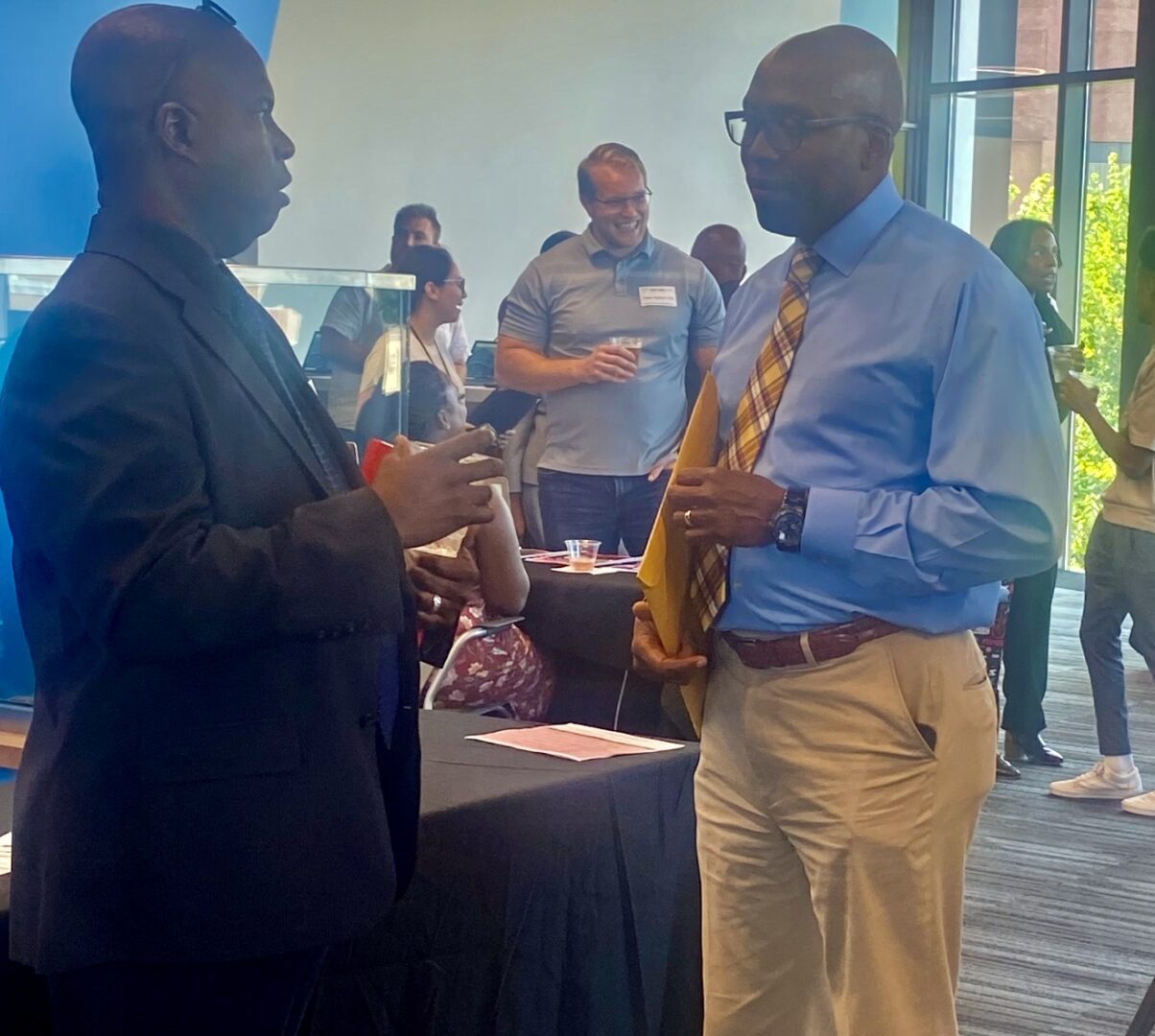 Rhode Island’s black population is only 6.9% of the state’s population, yet the need for services and programs amongst African-Americans and persons who identify as Black is extensive. While we often look to our government and community organizations to meet the program and human service needs, the month of August celebrates the “art of giving back”  globally amongst Blacks.  August is Black Philanthropy Month (BPM),  Established in 2011, BPM is a global celebration and concerted campaign to elevate African-descent giving and funding equity. Black Philanthropy Month was established in 2011.

Muse Foundation, which is housed in the CIC-Building, says their  relationship with both CIC and Venture Cafe allows for access to state of the art facilities, people and programs of color. More significantly, the Foundation views occupying and working in this space as a nod to the late Michael S. Van Leesten. A footbridge across Dyer Street is named for the civil rights activist and among the architects of the Innovation District and building. “This building’s development is a way of carrying on his legacy” says Juan.

Juan views the Forum as yet another opportunity for more people of color occasionally. We hope more people of color will utilize the space.  There is still time to register for a  Fireside Chat featuring Angela Ankoma ( Rhode Island Foundation) and Juan Wilson. They will discuss avenues to  black philanthropy, nonprofit and creative giving sectors.

“Juan’s Fireside Chat is just one of several Muse Foundation-Venture Cafe partnerships hosted during our Thursday networking”, says Venture Cafe program manager Caroline Humphrey.  Most networking events begin at 4pm. each Thursday and individuals can register by going to the CIC – Providence website.
For additional information on Black Philanthropy Month and the Muse Foundation, go to their website.