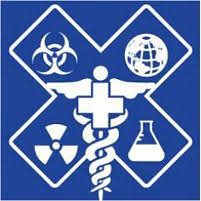 The symbol of a Public Health Emergency is now in use in Massachusetts…will run follow suit today?

Last night, Massachusetts Governor Baker declared a public health emergency and ordered a four month ban on the sale of vaping products in Massachusetts, including internet sales. The ban refers to both tobacco and marijuana vaping products, both flavored and unflavored vaping products. The ban took effect immediately and goes through January 25th, at this point.

While nine deaths and over 530 cases nationwide have been documented, it is expected that the numbers will jump dramatically in the next week. Also, many cases may have been missed due to not realizing the connection and not asking for or being given full patient histories.

The ban met with a positive reception from other state officials and throughout the country, with more states expected to follow suit over the next few days.

It is still unclear what is the real culprit in the serious lung issues of those who have been hospitalized – could it be the vaping process and device, itself – or is it certain additives in the product vaped?

A Boston Children’s Hospital doctor stood next to Gov. Baker and noted the young teens who have required ventilators to survive their emergency episodes. Unclear is if there will be permanent lung damage.

Governor Raimondo indicated her support for Gov. Baker’s steps – it is unclear at this time if she will reinforce the ban for the state, though she has set a statement to be given today, saying she will go “as far as she can.