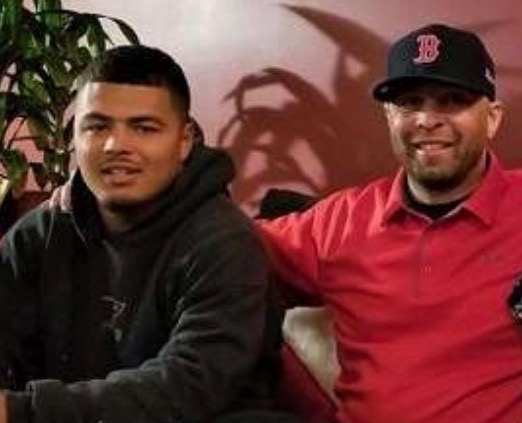 A protest planned by groups including Black Lives Matter RI, turned ugly in Providence last night. The protest was against the Providence Police and their potential role in the accident that put motor bike rider, Jhamal Gonsalves, in the hospital, after suffering a head injury.

As the early morning hours came, 19 arrests were made, one police officer had been injured by thrown bottles and a police K-9 dog had been hurt by launched fireworks.

The demonstration and violence at the complex was, to quote one reporter was “the worst night yet” in a half a year of Providence protests.

What began as words spoken on the steps of the Knight Library quickly turned into hundreds of demonstrators, many on ATVs doing burnouts and wheelies in the streets, taking them over, and detouring cars, then heading to the Providence Police Safety Complex, downtown. Along the way chants of “Black lives matter” and “F— the Police” took up pace. Bicyclists, people in cars, and walkers joined in, and police were all but absent, at least from visible sight.

In an early confrontation, a man living in a home brought out his own sound system to address the crowd, telling them to go away and stay off his property.

At the beginning of the event, several leaders said they would shut down violence if it happened. Gonsalves’ father spoke to the group saying the family did not want the event to become violent or destructive.

One BLM leader, a woman, addressed protesters facing the police and said that they needed to be strategic, and not just get themselves arrested – and that they should go home and plan their next action.

There seemed to be multiple groups involved in the “protest” which began peacefully, disintegrating into violence as it proceeded throughout the night. Some local business storefronts were smashed, with explosive fireworks going off, and bottles and bricks being thrown.

At one point the Gonsalves family left the event. In a statement to an ABC6 reporter, Jhamal’s father said “I don’t want my son’s name behind what’s happening right now. I wanted to plan a peaceful protest during the day so the officer could be arrested. Not this.”

RI State Police, Providence Police, and Cranston Police were on the streets.

Cranston police were credited with preventing the group from migrating into their city – setting up roadblocks on side streets and turning away riders at the Route 10 exits. A shooting on the highway was reported.

Providence Police posted this message at around midnight:

The crash that was the focus of this protest is expected to take two weeks to several months to fully investigate, but there is a press conference this morning to show new video footage and what they have learned so far about the investigation. The crash happened in the late afternoon, following a day of two to three hundred ATVs and motor bikes that were going from city to city, taking over the streets and not following traffic signals or directional travel rules. The Providence Police said the sheer size of the crowd meant no arrests or pursuits could happen, so the policy was to follow the riders with their lights on. Many videos circulated on social media taken by by-passers showing riders doing wheelies and burnouts and taunting police by gestures, etc. directly in front of their cars.

This is a developing story. We will provide a link to the press conference set for this morning on our Facebook page.