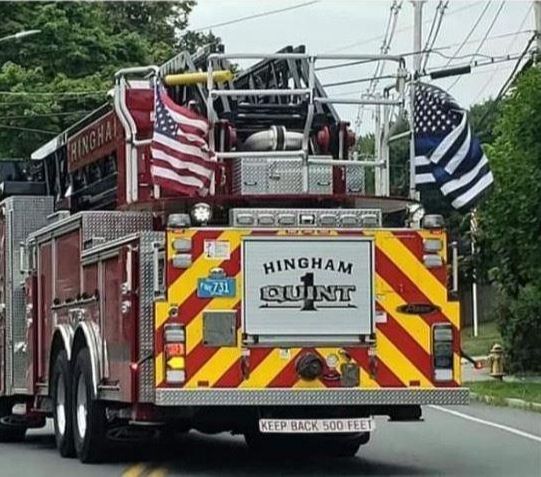 The police make it possible for people like me to enjoy a night out with minimal risk of being robbed, assaulted, carjacked, or murdered. They make it possible for me and people like me to leave my home for hours, days or weeks, and come home to a place that is just the way I left it. They allow me the luxury of not having to carry a gun. They let me drive my car with relative ease, not having to worry too much about drunk, stoned, unlicensed, unregistered, and uninsured people with no regard for the safety of others. They do their best to keep child molesters away from my kids, and sexual predators away from my wife.

They do all of that, and I haven’t even scratched the surface.

It is imperative that each and every one of us who understands what it takes to take care of our way of life support the police any way we can, show them kindness and respect, and absolutely, powerfully, and if needed, aggressively defend them from the current wave of anti-police sentiment.

Firefighters from Hingham, Massachusetts were flying a thin blue flag on some of their trucks in honor of Weymouth Police Sgt. Michael Chesna who was killed in the line of duty. A citizen complained, claims he was offended by the flag because of police brutality. The firefighters were ordered to remove it.

From the Boston Herald –

“Now, the Professional Fire Fighters Association of Massachusetts will send one of the flags to unions around the state to be hung in a show of solidarity with their public safety brethren. The flag will be presented to Chesna’s family after making the rounds, while the other two fly at Weymouth Police headquarters.

“We take our line-of-duty deaths very seriously; we never forget. So, for us, it had special meaning,” Richard MacKinnon Jr., president of the Professional Fire Fighters of Massachusetts union, told the Boston Herald. “I realize that things mean different things to different people, but for us that’s what the flag meant — to memorialize Sgt. Chesna.”

So when somebody tells you the thin blue flag offends them, here’s what you do; tell the people who are hurt by this flag that it represents honor, sacrifice, loyalty and courage, and it will fly wherever those who respect it damn well please.